Child of Dawn Ellen Harn and Mark A. Cobb

Delia Harn was the daughter of Wesley Jaleel Harn and Susanah T. Shipley.

Dennis Harn is the son of Clarence Everett Harn and Joanne Hanna.

Following from the book HISTORY OF FREDERICK COUNTY, MARYLAND, by T.J.C. Williams, reprint of the 1910 edition, Published in 1967 by Regional Publishing Company, page 1557-1558.
Denton Harn was a farmer of Carroll County, Md. The greater part of his life was spent on his farm in Carroll County, but in his old age he removed to Ohio, where he died. Denton Harn was married to a Miss Picket. Denton Harn died circa July 1836 at Sidney or St. Marys, Ohio.2

Diane Harn is the daughter of Everett Floyd Harn and Anna Marie Nelson.

Diane Harn is the daughter of Darrell Wayne Harn and Margie Deon Kirkland.

Donald Harn is the son of Gary Harn and Nancy Evans.1 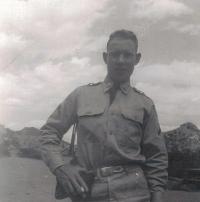 Donald Harn was born in Lewistown, Illinois on June 6, 1935 to the late Onzelo Gane Harn & Anna Belle (Ackerson) Harn. He passed from this life on January 29, 2018 at the age of 82 years, 7 months, & 23 days. He married Connie Sue Ingram on August 27, 1983 & they made their home in Drumright. He had retired as a bus driver for Central Vo-tech. In addition to his parents, he is preceded in death by 3 Grandchildren & 2 Sisters.

Dorcas Harn was the daughter of Johnzee Harn and Elizabeth Overturf. Dorcas Harn died circa 1873.1,2

Dorcas and husband had a daughter. Dorcas Harn was born in 1805 at Carroll Co., Maryland. She was the daughter of Mathias Harn and Amelia Shipley. Dorcas Harn married William John B. Runkles on 3 December 1829.

Doreen Lincoln, 47, of Connellsville, died Wednesday, Aug. 18, 2004, in Mount Macrina Manor, Uniontown. She was born June 23, 1957, in Brownsville, a daughter of the late Henry T. and Dolores Gertrude Johnson Harn. Doreen was a graduate of Brownsville High School, Class of 1976. She resided in Spencer, Mass. For 16 years. She worked as an aide for the Head Start Program locally and while residing in Spencer. She also worked as a deli clerk at Price Chopper in Spencer. She is survived by her husband, James B. Lincoln; two children, Joy L. Lincoln and James B. Lincoln Jr., both at home; and two sisters, Cathy Thomas of Finleyville and Joyce Thomas of Florida. Friends will be received from 2 to 4 and 7 to 9 p.m. today in the BROOKS FUNERAL HOME INC., 111 E. Green St., Connellsville, where services will be held Saturday at 1:30 p.m. with the Rev. Madison Stringfellow officiating. Interment will follow in Jacobs Lutheran Cemetery. In lieu of flowers, memorial contributions may be made to the family in memory of Doreen Lincoln. www.brooksfuneralhomes.com.2 Doreen Harn died on 18 August 2004 at Mount Macrina Manor, Uniontown, Fayette Co., Pennsylvania, at age 47.2 She was buried at Jacobs Lutheran Cemetery, Pennsylvania.2

Children of Doreen Harn and James B. Lincoln 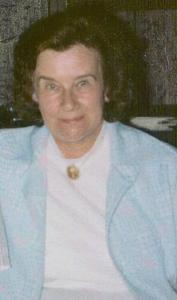 Following from an unknown newspaper and date:

Mrs. Spilman, 83, of Dodge Center, formerly of Mantorville, died Sunday (July 13, 2003) at Fairview Nursing Home in Dodge Center where she had lived since 1996.

Doris A. Harn was born Jan. 2, 1920, in Red Wing, grew up in Faribault and in 1938 attended beauty school in St. Paul. On Sept. 15, 1940, she married Donald W. Spilman in Northwood, Iowa, and they moved to Mantorville in 1949. She was a beautician and her husband was a barber. He died in 1998. She was a member of the Seventh-Day Adventist Church in Dodge Center, volunteered with the American Cancer Society and was a member of the Mantorville VFW Auxiliary. 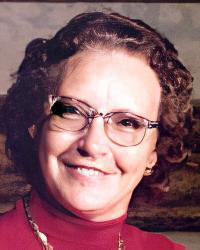 She was preceded in death by a son, Timothy W. Hollis; three grandchildren; and one sister, Violet Lashbrook.

Doris first worked at Astoria Fiber Steel and worked on the family farm. Later, she worked at Ken-Ray Foundry in Vermont. For many years, she cleaned houses locally.

She attended the Vermont Christian Church.

Services will be at 10 a.m. Thursday, April 12, 2012, at the Wood Funeral Home in Rushville, with the Rev. Dave Vandeman officiating. Interment will follow in the Palm Cemetery. Visitation will be from 5 to 7 p.m. Wednesday at the Wood Funeral Home.
Memorials are suggested to Palm Cemetery or the Culbertson Memorial Hospital Foundation.
You are invited to share your memories of Doris and leave condolences at www.woodfh.net.
Published in Peoria Journal Star on April 10, 2012.2

Child of Doris I. Harn and Edward Hollis

Children of Doris I. Harn and Dale Hammack

Dorsey Fred Harn was born on 14 March 1884.1 He was the son of Dr. Allen Duval Harn and Josephine Camp.1 The cause of death was killed instantly in a railroad accident.1 Dorsey Fred Harn died on 23 October 1903 at Brenham, Washington Co., Texas, at age 19.1 He was buried at Oakwood Cemetery, Austin, Travis Co., Texas.2

Edith Harn was born on 11 March 1907 at Baltimore, Maryland. She was the daughter of Elmer M. Harn and Pauline Mayfield. Edith Harn died in May 2000 at Maryland at age 93.

DR. HARN DIES IN GEORGIA
Was Native Of Baltimore; Rites To Be Saturday Services for Dr. Edith Muriel Ham, retired professor of German and Spanish at Agnes Scott College in Decatur, Ga., and former Baltimore teacher, will be held at 1.30 P.M. Saturday at the Jenkins funeral establishment: 4905 York road. Dr. Ham, who retired last June after teaching more than 40 years at the Georgia college, died there Tuesday at the age of 70. She was born in Baltimore, graduating from Western High school in 1911 with a scholarship to Goucher College. At Goucher she completed work on her bachelor's degree, being named to the Phi Beta Kappa scholastic society. Studied In Berlin In 1919 she received her Ph.D degree from the Johns Hopkins University, studying the following year at the University of Berlin. When she returned from Europe, she taught at St. Timothy's School in Catonsville and at the Friends School before joining the faculty at Agnes Scott College. Surviving are a sister, Mrs Pauline H. Oliver, and a brother, John E. Ham.2

Edward Harn was born on 2 March 1862 at Oregon.1 He was the son of William Singleton Harn and Juliette Ann Reed. Edward Harn died on 21 August 1933 at Seattle, King Co., Washington, at age 71.