Following from the Red Wing Daily Republican Eagle 17Jun1968 (Monday) page 11.
Benjamin F. Seiz, 69, 1020 W. Third St; a lifelong resident of Red Wing, died Saturday afternoon at St. John's Hospital where he had been confined two weeks. He was born in Red Wing Sept. 6, 1898, the son of William and Ellen Seiz. He attended local schools. On May 1, 1925, he was married to Anna Galvin in St. Paul. He was a member of the Red Wing Fire Department and was one of the ambulance drivers until retiring in 1960. He was a member of St. Joseph's Church. Surviving are his wife Anna; one daughter, Mrs. Donald (Betty) Ramboldt, Goodhue; five grandchildren and several nieces and nephews. Funeral services will be Wednesday at 10 a.m. in St. Joseph's Church. Fr. Derham Ryan will officiate and internment will be in Calvary cemetery.

Following from Red Wing Daily Republican Eagle, Thursday, 26Apr1962, page 7.
Francis M. (Frank) Seiz, 69, former longtime resident of Red Wing, died in St. Paul following a short illness. He was born in Red Wing October 8, 1892, the son of William G. and Ellen Seiz. For 35 years he was employed at the Red Wing Sewer Pipe factory in Red Wing, at Factory B., and was superintendent for 25 of those years. He moved to St. Paul in 1942.
Surviving are his wife, the former Elizabeth Parsons; one daughter, Mrs. R.E. (Margaret) Turner, Shafer, Minn., five grandchildren; two brothers, Thomas and Ben, Red Wing, and one sister, Mrs. Alice Evans of Dayton, Ohio. He was preceded in death by a son Donald who was killed in action during World War II. Funeral services will be held at 9 a.m. Friday at Nativity Church in St. Paul. Internment will be in Resurrection cemetery there.

Following from The Red Wing Daily Republican Eagle 23May1968 (Thursday) 10:1.
Thomas J. Seiz, 77, a resident of 1026 W. Main St., Red Wing, died Wednesday afternoon at St. John's Hospital where he had been confined since Friday.
He was born in Ohio, Aug. 22, 1890, the son of William J. and Ellen Seiz. He moved with his family as a child to Red Wing, where his father was superintendent of the Red Wing Sewer Pipe Co. He attended local schools. In 1912 her married Ada A. Perkins in Red Wing. She preceded him in death in 1953.
In 1907 he started work as a machinist at the Round House of the Chicago Great Western railroad in Red Wing. In 1909 he transferred to train service and worked until retiring as a conductor in 1957. He was married to Marjorie Johnson, Aug. 9, 1955. He was a member of St. Joseph's Church in Red Wing, and Lodge 212, Brotherhood of Railroad Trainmen.
Surviving are his wife; one son, T. Robert Seiz of St. Paul; two daughters, Mrs. L.F. (Frances) Grammer, Mason City, Iowa, and Mrs. James (Grace) Anderson, Santa Ana, Calif; 11 grandchildren, and one brother, Ben Seiz of Red Wing. Funeral services will be Saturday at 10 a.m. in St. Joseph's Church. Fr. Richard McCarthy will officiate and interment will be in Calvary cemetery. 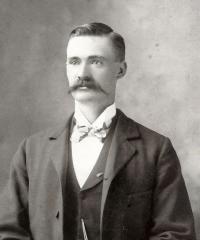 The following obituary was from LOMPOC RECORD (CA) Newspaper 23 Sep 1954.
John C. Sells, a pioneer in Lompoc's diatomaceous earth industry, passed away Thursday in the Lompoc hospital. Masonic funeral services were conducted from Starbuck chapel Monday afternoon. Mr. Sells, 86, was born in Grant, Va., on September 13, 1868. He came to Lompoc 36 years ago as an engineer for the Celite company. He continued his employment there when Johns-Manville took over the plant and since his retirement several years ago continued to reside in Lompoc. He was very active in Masonic organizations, being a member of Spearfish Lodge, F.&A.M., in South Dakota, a member of the Eastern Star in Lompoc, and a member of the Scottish Rite and Shrine in Deadwood, S.D. Mr. Sells is survived by a son, John K. Sells, of Santa Fe, New Mexico.

John Kenneth Sells while in Army 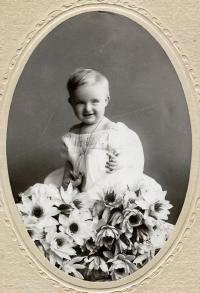 Letter sent to the Veterans Affairs in Nov 1994 to obtain information from VA file, was returned in Feb 1995, by the National Personnel Records Center, St. Louis, MO. Form letter stated that "Under the provisions of the Privacy Act of 1974, we must have the written consent (signature) of the individual whose records are involved before considering your request." However, on the form, the Social Security number for John K. Sells was listed, 452-76-6104.

The Social Security Death Index lists a John Sells, with a Social Security number of 452-76-6104 issued in Texas, born on 24Sep1900, died on Nov1975, with the usual place of residence listed as El Paso, Texas.

John Kenneth Sells completed an Application for Social Security Account Number (SS-5), on 04Dec1962, when he was living at 319 E. Nevada St., El Paso, TX. Listed himself as unemployed, and born on 24Sep1900.

Lewis Sells completed an Application for Social Security Account Number (SS-5), on 11Jul1962, when she was living at 325 E. Berger, Santa Fe, NM. She stated that her name given at birth was Hattie Lewis Ellis.

Contacted the National Cemetery and Santa Fe Memorial Gardens Cemetery in Santa Fe, New Mexico. They had no reference of Sells.

Research at the Santa Fe County Courthouse, was unable to find a related Sells female in the 1947-1966 marriage indexes.

Research at the Santa Fe County Courthouse, found no Sells in the Probate Indexes. He lived in November 1947 at Nashville, Davidson Co., Tennessee.6 Letter from J.C. Sells dated July 1951. He lived in 1955 at 325 E. Berger, Santa Fe, Santa Fe Co., New Mexico.7 The cause of death was metastatic carcinoma from undetermined primary site, severe Parkinsonism.2 His Social Security Number was 452-76-6104.