In Memory of Albert Paul Richards
August 31, 1922 - February 5, 2017
Albert Paul Richards 94, passed away peacefully in his sleep in Mesa, AZ on February 5th, 2017.
Albert served in the United States Army Air Forces during World War II as a navigator on a B-17 Bomber over Italy. He was proud to have served his country and in 2010 had the privilege to visit the Memorial Sites in and near Washington D.C. by the "Honor Flight" organization.
Albert was married to his wife, Naomi Sloan, for 68 years.
Albert was preceded in death by his beloved son Allan Richards. Survivors include his wife, Naomi, 3 daughters: Patricia Kenison, Mary Motz, Barbara Hargis, 8 grandchildren and 8 great grandchildren.
A gentle soul and a wonderful man who was loved and will be missed by many. We love you dad.2 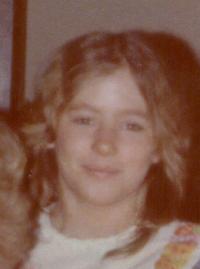 Gary Lee Richards was born on January 27, 1964 in Owatonna, MN to Larry and Mary (Story) Richards. He was baptized and confirmed in the Ellendale United Methodist Church. He graduated from Ellendale-Geneva high school in 1982. He attended the University of Minnesota ï¿½ Waseca.
On June 15, 1985, Gary was united in marriage to the love of his life, Joan Loken. The marriage was blessed with three daughters; Kathrine, Whitney, and Miranda. After marriage, Gary and Joan lived in rural Ellendale where Gary farmed with his parents. His favorite season was spring when the soil is tilled and planted. He raised corn, soybeans, cattle, and hogs. In February of 2008, at the age of 44, Gary was diagnosed with ALS and he had to retire from farming. He fought the disease courageously until passing away on Friday, November 5, 2010 at home surrounded by his family at the age of 46.

As a youth, he was constantly building something, nurturing his love of woodworking. He made many pieces of furniture for family and friends. He also used his skills while helping to build the church. Gary was very active in the church, serving on many committees. He served as trustee and later he was part of the committee for the new church building. More recently, he was the lay leader of the congregation. He had a strong faith in his Lord Jesus Christ.
Gary was active in FFA and 4-H as a youth. 4-H will always hold a special place in his heart and as an adult, he supported his daughters with their projects and relished in their accomplishments.
Gary served on the Berlin township board as chairperson. He was involved with the Steele County Pork Producers. He served as a board member for Steele Country Farm Bureau and was involved with Minnesota Farm Bureau. He served on the Political Action Committee, and participated in "Day on the Hill."
Gary loved fishing and hunting. The annual ice-fishing trip to Lake of the Woods with his friends was a joy. The hunting trips with his father and brother were memorable. He passed on his love of fishing to his daughters and was secretly proud when they out fished him. Gary also enjoyed vacations. The family vacations involved camping road trips from the west to the east coast and many times "Up North." In addition, he traveled from Alaska to southern Texas.

Memorials can be made out to the ALS Association or the Hrbek-Sing Communication Program.

James Edgar Richards was born on 24 November 1882 at Virginia.1 He was the son of William Louis Richards and Sarah Addie Munich.1

Katherine Richards is the daughter of Gary Lee Richards and Joan M. Loken.

Miranda Richards is the daughter of Gary Lee Richards and Joan M. Loken.

Naomi Farner, 89, of Albany, Oregon, passed away at home on April 29, 2018. She was surrounded by family as she left her earthly body for heaven. Naomi was born in Eldora, Iowa to Abe and Florence Richards. She was the fourth of six children.

After graduating from Iowa Falls High School in 1945, Naomi traveled to Caldwell, Idaho, where she met her husband Eldon. They married in 1948 in Winnemucca, Nevada, and were looking forward to celebrating their 70th anniversary later this summer. Before settling in Albany where they raised their four children, Eldon and Naomi lived in Owatonna, Minnesota, as well as in Prineville and Nyssa, Oregon.

Naomi was first a wife, mother, and homemaker. As the children reached school ages, however, she began work at the Albany Chamber of Commerce for two years before taking a job in accounts payable at the Albany School District until retirement.

Naomi was involved in Cub Scouts, the Timber Carnival, Faculty Wives, Women’s Ministries, and Evergreen Hospice. She followed Eldon in his love for the Oregon State University Beavers. She and Eldon were members of Hope Church (formerly First Assembly of God) for 44 years. She loved to paint landscapes, needlepoint, work in the yard, crochet, sew, work crossword puzzles, and read. She had an especially great love of young children and babies.

A viewing will be held Sunday, May 6, from noon-3:00 PM at Fisher Funeral Home, 306 SW Washington St., Albany. Hope Church, at 2817 Santiam Hwy SE in Albany, will host Naomi’s celebration of life at 11:00 AM on Monday, May 7. If you care to make a donation in lieu of flowers, please donate to the missions program at Hope Church, Albany