Frank Harn was born on 15 May 1867.1 He was the son of William Singleton Harn and Juliette Ann Reed. Frank Harn died circa March 1868.2

Frank Harn was born in 1853.1 He was the son of Richard William Harn and Lucretia Whittaker.1 Frank Harn lived in March 1914 at Bridgewater, Beaver Co., Pennsylvania.2 He died in 1914. 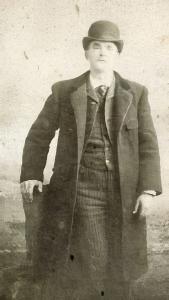 Fred Harn, 73, a resident of this city for 23 years, died at his home, 219 Catoma Street, yesterday at 9:30 a.m., after a brief illness. Surviving is a sister, Mrs. Emma Brooks, Kellogg, Idaho. The funeral will be held from Dlffly's Funeral Home today at 2 p.m. The body will be sent through the country to Panola Cemetery, Crenshaw County, for burial.

Fred Harn was born circa 1868.1 He was the son of Robert Wilson Harn and Harriet Levingston. Fred Harn married Alice (?) Fred Harn died circa 1937.1

Children of Fred Harn and Alice (?)

Fred Harn was born circa May 1885 at Kansas Info from 1900 Kansas Census. He was the son of Hiram Maywood Harn and Addie May Smith.

Freddie E. Harn was born in 1884.2 He was the son of George Wesley Harn and Alice Elenor Crowch. Freddie E. Harn died in 1897.2 He was buried at Graceland Cemetery, Fairbury, Livingston Co., Illinois.2

Gary B. Harn was born circa 1875 at Faribault, Rice Co., Minnesota.1 He was the son of Calvin Davis Harn and Rachel Rupel. Unable to locate Gary in Rice Co, MN courthouse records.

Children of Gary Russell Harn and Kelly A. Cool

George Harn was born circa 1850 at Pennsylvania.1,2 He was the son of Richard William Harn and Lucretia Whittaker. George Harn died before 1860.

George Harn was born circa 1857.1,2 He was the son of Thomas Sillingsby Harn and Mary Miller.

George Harn was born in 1862.1 He was the son of Richard William Harn and Susanna Harn Hilman.1 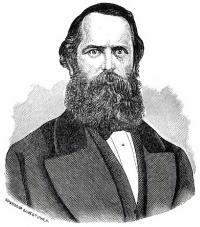 Following from HISTORY OF WAYNE COUNTY OHIO, Volume I, 1910, published by B.F. Bowen & Company, Indianapolis, Indiana, page 265.
The Church of God denomination was organized in Wooster, Ohio in May 1848, by Elder A. Medgrew, with a membership of but sixteen persons. Rev. G.U. Harn commenced his labors as pastor in April, 1851.

Following from HISTORY OF WAYNE COUNTY OHIO, Volume I, 1910, published by B.F. Bowen & Company, Indianapolis, Indiana, page 229-230.
The Sixteenth Ohio Regiment for three years' service was organized at Camp Tiffin, near Wooster, October 2, 1861. The regimental camp was located in Quimby Grove, a short distance northwest of the present site of Wooster University. Five companies for this regiment were recruited in Wayne county, commanded respectively by Eli W. Botsford, Hamilton Richeson, Samuel Smith, George U. Harn and A.S. McClure.
The regiment moved to Camp Dennison November 27, 1861, and remained there until December 19th, when it was ordered to Lexington, Kentucky. After a toilsome march of sixteen days through a rough mountain region, the command reached the Ohio at Greensburg, Kentucky, October 3, 1862. The regiment was ordered to Charleston, West Virginia, and from thence to Memphis, Tennessee, to join General Sherman's command, then being organized for the capture of Vicksburg. In December Sherman's forces moved down the Mississippi in transports, arriving at the mouth of the Yazoo on Christmas day. On December 28th the enemy was driven out of his line of rifle pits in front of the bluffs, and on the 29th of December General Morgan's division was ordered to assault them. The position of the Confederates was impregnable and the assault was disastrous. The Sixteenth lost very heavily. Capt. G.U. Harn was killed. The regiment lost in this engagement three hundred and eleven officers and men killed, wounded and captured.5

Following obituary from THE DAILY OKLAHOMAN newspaper, 04Feb1955, pg 7, col 7,
and 03Feb1955, page 8, column 1.
Services for George Upton Harn Sr., 76, of 307 NE 17, will be at 2 p.m. Friday in the Smith & Kernke funeral chapel, with burial in Memorial Park cemetery. He died of cancer Wednesday at his home. He had been ill since last June.
Harn was co-owner of the 92-acre Harn tract which extended south and west of the state capitol. Harn joined his uncle in real estate and oil developments here and in Texas in 1910. He had worked in Columbus, Ohio branch of the U.S. weather bureau before that. Amateur meteorology was his lifelong hobby.
The Harn tract was originally owned by the late William F. Harn, pioneer city government agent and real estate developer. He held the land for many years in unshaken belief that the city would "grow up around it". George Harn, his nephew, inherited co-ownership of the tract with his cousin, Miss Florence O. Wilson, 301 NE 17.
Of recent years development of the land has been a controversial issue in the city. Some weeks ago, Sears Roebuck & Co., concluded negotiations to build a large warehouse on a portion of the tract.
Affiliated with the First Methodist church, Harn was serving as treasurer of both the state and local American War Dads associations here. He is survived by his wife, Luella, of the home; a daughter, Mrs. Bill McCarty, 1201 NE 15; three sons, George Upton Jr., Dallas; Edward J., Bentonville, Ark., and John R., Tulsa; his cousin, Miss Florence O. Wilson, 301 NE 17, and six grandchildren. He was buried at Memorial Park Cemetery, Oklahoma City, Oklahoma Co., Oklahoma, Plot: Section#18.3,2

Georgene Harn was the daughter of Stephen Peter Harn and Ruby Louise Lamb. 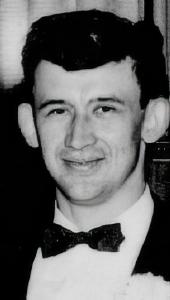 Jerry Harn at his wedding