William Thomas Hearne authored the book "Brief history and genealogy of the Hearne family from A.D. 1066 : when they went from Normandy with William the Conqueror over to England, down to 1680, when William Hearne, the London merchant came to America, and on down to A.D. 1907. The book was published in 1907 by Examiner Printing Company, of Independence, Missouri.

Following from the book, WEST VIRGINIA AND ITS PEOPLE, by Thomas Condit Miller & Hu Maxwell, 1913, volume III, page 701.
HEARN - This family traces its settlement in England to the era of the Norman conquest; and the name as then written, Heroun, is found among the names of persons of distinction who followed in the train of William the Conqueror, A.D. 1066. Tihel de Heiron, who accompanied William, was in Essex, England, in 1086. It is stated that of the name was a standard bearer to William the Conqueror, and that the American ancestor of the family had a book purporting to give his descent from this standard bearer, which book was preserved to about 1840. The name is said to be derived from a place called Hairun, near Rouen, France. After much variation of spelling in the earlier times, Hearne has now become the prevailing orthography, but this is often simplified by omitting the final letter. The Herons were of great note in Northumberland, England. Among latter English persons of eminence bearing this name worthy of note are: Samuel Hearne, an explorer, 1745-92; Thomas Hearne, an antiquary, 1678-1735; and Lucien Hearne, the famous newspaper man. Hearne arms: sable, a chevron between three herons argent. Crest: a heron's head ducally gorged proper. Motto: Leges juraque servat.
The American Hearnes were originally strong Episcopalians. Not all the descendants have been of this faith; many are now Baptists or Methodists. But a strong religious character is common to this family, with earnest piety, and a very large number have been ministers. All or nearly all have been of strong conviction in politics and public questions; each has taken his own line, and Hearnes have been found on both sides in such crucial contests as the revolution and the civil war; both the leading parties of the present day are respectably represented in the family.
William Hearne, the founder of this family, was born in London, England, in 1627, and died in 1691; his will was dated March 28, and prorated November 10, both in that year. Although he was a supporter of the Church of England in America, he is said to have served as a captain with Cromwell. His station in life was that of a wealthy merchant. At the Restoration in 1660, he removed to St. Christopher's West Indies, and opened a large trade in general merchandise from London to these islands and the colonies of Maryland and Delaware, taking sugar on his return trips to London. Leaving St. Christopher's, he settled in 1688 near the present town of Delmar, Somerset county, Maryland. His estate in Maryland he named St. Kitts, from the place where he lived in the West Indian islands, which is seldom called by its full name. He is buried on an elevated spot on his farm, which became a family burying ground and has been well kept and preserved. He married in London, Mary ---, who was born in London; she survived him. Children: William, born September 24, 1688, died about 1756, married Elizabeth ---; Thomas.

Following from the book, "John Frederick Horlacher and Mary Elizabeth Hearne", by Frederick Charles Horlacher, published in 1987, page 95.
William Hearne, left London in 1680 and traveled to Barbados, St. Thomas Island in the West Indies. Here he opened a large trade in general merchandise between London and the islands and later to the colonies on the coast of Maryland and Delaware. In 1681, William Hearne's two brothers, Derby and Ebenezer, joined him and the three brothers settled on the coast of Maryland, this site having been granted to James, Duke of York to Lord Baltimore...

Following from the book, "THE CHESAPEAKERS- Waller Descendants from the Chesapeake Bay, Old Somerset Co., Md., 1654-1985", by Charles S. Waller, Sr. Published in 1985 by Gateway Press, page 362.
The house which William Hearne built in 1688 was occupied by some of his descendants for nearly two hundred years. William Hearne named the tract of land on which he lived "St. Kitts", for the place from which he came - St. Christopher's in the West Indies.

F, #880, b. circa 1649, d. after October 1691
Last Edited=11 Apr 1999
Mary Cuthbert married William Hearne, son of male Hearne and female (?), at London, Middlesex, England. Mary Cuthbert was born circa 1649 at London, Middlesex, England.2,3 She died after October 1691 at Somerset Co., Maryland.3 She was buried at Hearne Family Plot, Delmar, Somerset Co., Maryland.3
Her married name was Hearne. Lastname could be "CUTHBERT". AFN 3ZW4-59 submitted by five individuals. Her Ancestral File Number is 3ZW4-59.

Mary Anne Harn was born on 22 April 1816 at Pennsylvania.1,2 She married Patterson Lilly.2 Mary Anne Harn was the daughter of Thomas Sillingsby Harn and Priscilla Fleming.
Her married name was Lilly. Had several children, brought up in Morganstown, West Virginia.2

His second wife was Frances "Fanny" Leighty, widow of John Henry Merrell and daughter of Henry & Sarah Leighty of Fayette Co, PA. She was born 31 Oct 1817 Fayette Co, Pennsylvania. John HT Harn married Fanny Leighty Merril in Apr 1863. They had many years together before Mr. Harn's death in 1886.

Daniel Leighty and Henry Leighty were brothers, so the two Frances Leightys were first cousins.

Alfred Milton Harn was born on 14 October 1833 at Pennsylvania.1,2 He was the son of Thomas Sillingsby Harn and Priscilla Fleming.

Her married name was Harn. 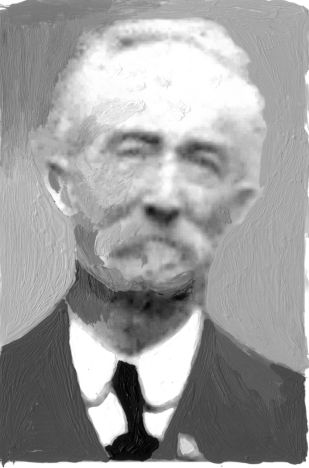 John Thomas Harn was born on 30 November 1840 at Frederick Co., Maryland.1,2 He was the son of William Allen Harn and Ruth Spurrier. John Thomas Harn married Mary Frances Richardson, daughter of Willibz Richardson and Caroline Carter, on 28 April 1867 at Louisville, Jefferson Co., Kentucky. John Thomas Harn died on 9 June 1901 at Dayton, Montgomery Co., Ohio, at age 60.1 He was buried on 11 June 1901 at Woodland Cemetery, Dayton, Montgomery Co., Ohio.3
The cause of death was thrown off a pile of timber and died 3-days later. Ellen Dorcas Harn Manuscript. Child three and four were daughters, names unknown.