Norma K. Funke, 78, a lifelong member of the Polson community and the Confederated Salish and Kootenai Tribes, passed away from natural causes while surrounded by her family on Wednesday, Jan. 31, 2018, in Missoula. She was born in Polson on April 1, 1939, to Elwood “Shorty” and Leota “Dottie” Noel Joy. Norma was the oldest of four girls and had a very large, extended family.

As a child, Norma’s family lived in various homes around Polson, but her fondest memories were of the years she lived in the Mountain View area, in the shadow of the beautiful Mission Mountains. She graduated from Polson High School in 1957 and married her high school sweetheart and first husband, Dean Redekop, in 1958. Together, she and Dean had five children, Gwen, Russell, Geri, Gay and Genean. Dean was tragically lost in a car accident in 1971. In 1975 Norma and Jim Funke were married and together they lovingly raised their family. Family and home were the center of her world.

Norma was a very bashful and sweet child with dimples and the brightest smile ever. She eventually grew out of her shyness and blossomed into one of the most fun loving, good humored people ever. Yes, she was a hoot! We have been blessed with many cherished family stories of Norma’s colorful humor and amusing antics.

Norma had an incredibly strong work ethic and passed this along to her family. As a lifelong community member she worked in various places. In her early teens she waited tables at the Pirate Cafe and later, the Hut Cafe. She worked for many years at Eddie’s Drug store. She and Jim also managed the family business, Hillcrest Nursery. In the 1990s Norma went back to school and earned an associate’s degree in medical records and eventually worked for CSKT.

She raised gardens, canned and was a wonderful cook and baker. She was also an accomplished seamstress, quilter, crafter and painter. Family gatherings and holidays were her favorite times. She was a friend to all she knew and will be greatly missed.

There will be a private family burial at 2 p.m. on Tuesday, Feb. 6, at the Polson Lakeview Cemetery.

Please join us in a joyful celebration of Norma’s life at 11 a.m. on Saturday, Feb. 10, at the Polson Community Church at 1814 First Street East.

If you are so inclined, donations may be made in Norma’s name to the Mission Valley Animal Shelter, 36251 North Reservoir Road, Polson, MT 59860.

Memories and condolences may be sent to the family at www.thelakefuneralhomeandcrematory.com.

Arrangements are under the direction of the Lake Funeral Home and Crematory.1

Following received from the Czech Republic State Regional Archives in 1999:

Following from The History of Rice and Steele Counties, Vol II, 1910, Chicago, page 1342-1343.
Frank M. Kaisersatt, a native of Montgomery, Minn., was born January 27, 1880. Here he passed his boyhood, and acquired much of his education, completing this with a course in the Omaha Commercial College, of Omaha, Neb., in 1899. He then taught school in district No. 18 in Le Sueur county, for three years, during which time he also attended the Sherman high school at Montgomery, graduating from that institution with the class of 1904. In the year 1902 he accepted a position in a Rice county district, and was principal of the Willow Grove school in Wheatland township for two years. Acquitting himself with much credit, he was then offered the principalship of the Veseli school, which he filled with marked success for five years, and until his appointment as deputy county auditor, January, 1909, which position he now holds. In politics he is a follower of the Republican party and his influence in public affairs has always been for the good; especially in educational lines has he been very active. Mr. Kaisersatt has served as town clerk of the town of Wheatland, and as justice of the peace of the village of Veseli. He is a prominent in fraternal organizations, being a member of the Modern Brotherhood of America, the C.S.D.P.J. (Bohemian Workmen), the Z.C.K.J. (Bohemian Catholic Union).
He was married, July 6, 1905, at St. Paul, to Anna E. Nestaval, daughter of Mr. and Mrs. Joseph Nestaval, of Montgomery. They have one child, Harriet Mae Kaisersatt, born October 31, 1906. The family residence is on Second street, West. They are members of the Roman Catholic Church. Thomas J. and Catherine (Havel) Kaisersatt, parents of our subject, were natives of Bohemia, emigrating to America in 1865, and settling near Montgomery, Minn., where they engaged in general diversified farming till the father's death, July 6, 1901. The mother passed away in 1884.

Following from The Faribault Daily News 24 Dec 1913, Wednesday, page 1, column 5.
Frank M. Kaisersatt, who has been deputy county auditor for the last four years, was appointed auditor last week by the board of county commissioners, immediately after they accepted the resignation of James W. Trenda. Mr. Kaisersatt has born the burden of a great part of the work of the office for some time and his work earned him the unanimous vote of the commissioners. Mr. Kaisersatt was born in Montgomery, LeSueur county, January 27, 1880. He was educated in the common schools of Montgomery, and is a graduate of the Montgomery high school and of the Commercial college of Omaha. After leaving school, Mr. Kaisersatt taught school four years in LeSueur county, and seven years in Rice county, the last five of which he was the principal of the schools in Veseli. In January, 1909, he was appointed deputy county auditor, which position he held until he was chosen to fill the vacancy left by the resignation of Mr. Trenda. His term will last about a year.

Following from The Faribault Daily News 22Jun1960, Wednesday, page 10, column 8.
Funeral services for Frank M. Kaisersatt, who passed away Tuesday morning, will be held Thursday afternoon at 2:30 o'clock from the Lenmark Funeral Home with the Rev. Joseph McKee officiating. Burial will be at Maple Lawn Cemetery.

Following from The Faribault Daily News 27Jun1960, Monday, page 10, column 7.
Funeral services for Frank Michael Kaisersatt of Faribault were held at the Lenmark Funeral Home at 2:30 June 23 with the Rev. Joseph McKee officiating. Internment took place at the Maple Lawn cemetery where a masonic service was held at the graveside. Pallbearers were: Eldon Prinzing, Frank Thayer, Irven Larson, J.V. Williams, Edward Hunt and Herman Hassler.
Frank Kaisersatt was born to Thomas and Katrina Havel Kaisersatt on January 12, 1880 on the family farm near Montgomery. He attended Montgomery High School and earned a teachers certificate in a school in Omaha, Neb. He lived and taught school in Veseli and District No. 18 of Montgomery. In 1905 he married Anna Nestaval who died 10 years later in 1915. In 1917 he married Elizabeth Nestaval in Minneapolis.
He was appointed deputy County Auditor of Rice County about 1909 and moved to Faribault where he has lived ever since. He has held the offices of County Auditor, and Deputy Registrar of Motor Vehicles for 25 years. Mrs. Kaisersatt worked with him in the office. Kaisersatt was a member of the Masons, the Odd Fellows Lodge, the Eagles and the Western Bohemian Fraternal Association.
He is survived by one daughter, Harriet Mae Kaisersatt; one sister, Alvina (Mrs. Harry Rudder) of San Diego, Calif. And one brother, Jake Kaisersatt of Montgomery. His wife and his parents preceded him in death. Relatives and friends attended the funeral from Montgomery, Northfield, St. Paul, and Minneapolis. Kaisersatt passed away suddenly June 21 at 10 o'clock at his home in Faribault at the age of 80 years. 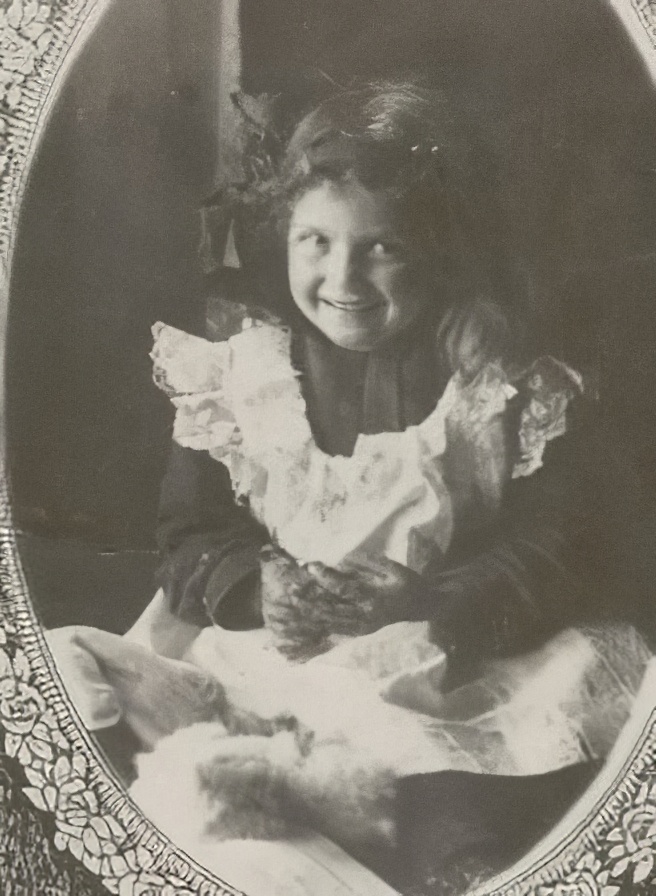 Harriett Kaisersatt as a child

Kristen Kalahar is the daughter of Brian V. Kalahar and Julie Stumpf.

Tiffany Kalahar is the daughter of Brian V. Kalahar and Julie Stumpf.