Child of Myra B. Thompson and Harold Engle Hallenbeck

Thomas Thothoes was the son of George Thothoes and Charlotte Elizabeth Barry.
His married name was Galvan. SOURCE: Frank Trombley letter 01 Oct 1996. Thomas was adopted by his mother's second husband.

Iskah Thrall in 1916 Pasadena High School (Calif) Yearbook
Iskah Ruhama Thrall was born on 9 September 1897 at Kenesaw, Adams Co., Nebraska.1 She was the daughter of Joseph Richard Thrall and Katie Williams. Iskah Ruhama Thrall died on 26 January 1976 at Los Angeles Co., California, at age 78.2,3 She was buried at Forest Lawn Memorial Park, Glendale, Los Angeles Co., California.4
Pasadena Girl Is Rated Perfect By U. C Gym Expert
Miss Iskah Thrall, a former Pasadena girl, is one of the nine super girls and competitors of Venus de Milo found at the University of California by the director of the womens gymnasium, Miss Ruth Elliot, and it was while residing there that Miss Thrall attained the physical development that resulted in this extraordinary distinction. It is held by Miss Elliot that to be a follower of Venus a girl must be adept in the art of self-defense, swimming and other athletics, while the girls of the university argue that it is not necessary for a girl to be a swimmer and a boxer if she excels in health and grace and measures up in weight and inches. All of which controversy was begun by Frank Kleeburger, director of physical activities for men, when he found five super men among the university athletes. Miss Elliot retaliated by announcing nine super women. and since that time the campus has been rife with the controversy. Interest is added to the contest by the fact that three Southern California women, one of whom is Miss Thrall, are among the nine avowedly perfect specimens of womanhood.

Helen married Frank J. Fijalkiewicz on Sept. 4, 1948, and raised her family in Oak Lawn, Ill. until she and Frank returned to Chippewa Falls on Lake Wissota in 1979. She enjoyed an active life until diagnosed with Parkinson’s Disease 10 years ago, always maintaining her indomitable spirit. Helen especially enjoyed gardening, line dancing, traveling, and shopping garage sales with her very good friend, Mary Ruhl, and was a talented artist and seamstress.

She will live strongly in the hearts of all who were blessed to know and love her.
She was a member of Holy Ghost Church.

She was preceded in death by: her parents; one brother Joseph Tichy, Jr; and two sisters, Valeria Pederson and Rosemarie Yakesh.
Funeral services will be held at noon Thursday, Jan. 7 at Holy Ghost Church, Chippewa Falls. Rev. Arul Joseph will be celebrant of the funeral Mass. Entombment will be in Hope Mausoleum, Chippewa Falls.
Friends may call from 4 to 8 p.m. Wednesday, Jan. 6 and until 11:30 a.m. Thursday at the Horan Funeral Home, Chippewa Falls. There will be a Christian Vigil Service at 6:30 p.m. Wednesday at the funeral home.2 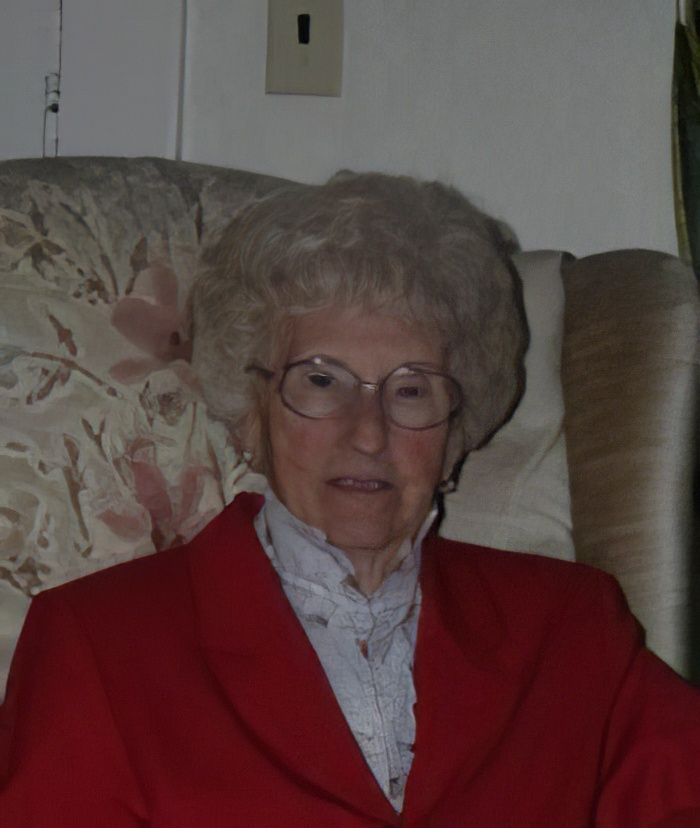 She was born Nov. 4, 1920 in the Town of Howard, Chippewa County, Wis. to Joseph F. Tichey and Helen Zwiefelhofer Tichey

She married Bernard J. Harbick in Chippewa Falls, July 11, 1940. They moved their family to Colorado in 1953 where they were in the construction business for many years. After his death in 1967, she married J.C. Burkett in 1968 and they travelled throughout the west dealing in antiques. After their divorce, she and companion, Harold Redman, enjoyed traveling and watching marine travel on the Strait of Juan de Fuca from their home in Port Angeles. He died in 2010.

Services will be held at Port Angeles, Washington, and burial of cremains will be in Chippewa Falls, Wis. at a later date.

Family and friends may express condolences online at www.horanfuneralhome.com.1