Margaret Winchell was the daughter of John Franklin Winchell and Alice Harn.

Otis Winchell was the son of John Franklin Winchell and Alice Harn.

Verna Winchell was the daughter of John Franklin Winchell and Alice Harn. 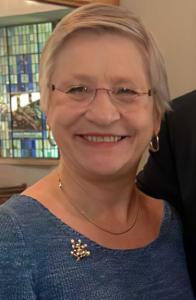 Suzanne was the recipient of the Joslin Diabetes Center Triumph for Man and Medicine award celebrating living with Type 1 Diabetes for over 50 years. She was a graduate of the University of Wisconsin and University of Toronto.

A service in celebration of her life will be held on Friday, October 4th at 10:30am at Our Savior Lutheran Church in Hanover, NH. All friends and family are welcome to attend.

To view an online memorial and or send a message of condolence to the family, please visit, www.rand-wilson.com.

Arrangements were under the direction of the Rand-Wilson Funeral Home of Hanover, NH.

Child of David Robert Winters and Margaret A. Brennan

Julianne Withers is the daughter of Peter Craig Withers and Sonya Ellis Sells.1 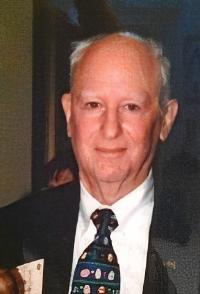 Peter Craig Withers, age 81, died peacefully on Friday, September 21, 2012. He was born in Ft. Bliss, Texas to Anna Kathleen Craig and William Price Withers on September 22, 1930. Because his father was a United States Military Academy (USMA) graduate (class of 1920), Pete visited and lived many places and had many adventures around the world. In order for him to have some stability, his high school years were spent at Wooster School in Danbury, Connecticut. He then attended and graduated from the USMA (class of 1952) and served in the Infantry branch of the Army. He served in the Korean War and was awarded The Purple Heart. While convalescing at Ft. Knox, Kentucky, he married Sonya Ellis Sells on October 10, 1953. Pete's military career included two tours in Vietnam and took his family to many places including Ft. Benning, Georgia; San Marcos, Texas; Ft. Rucker, Alabama; Stuttgart, Germany; Ft. Carson, Colorado and Ft. McPherson, Georgia where he retired from the military in 1975. He then worked for the State of Georgia in the Computer Services Division. In addition to his Bachelor's degree from USMA, Pete has a Master's degree in Human Resources Management from the University of Utah and a Master's degree in History from Georgia State University. Pete, however, was most dedicated to his church work. He founded the Vergers at Holy Trinity Parish in Decatur, Georgia, served on many committees including the Vestry ,Budget/Finance/Personnel and Liturgy. Pete dedicated his life to serving God, his country and the parish of Holy Trinity. Peter is pre-deceased by his wife of 58 years. He is survived by a brother, William Price Withers, Jr. of Palm Beach Gardens, Florida; a son P. Craig Withers, Jr; a daughter Julianne Withers of Alpharetta; a daughter and son-in-law Diane and Richard Belden of Clifton, Virginia and two grandchildren, Jessica Belden and Stephen Belden of Clifton, Virginia. A Celebration of Life including Mass will be Thursday, September 27, 2012 at Holy Trinity Parish, 515 E Ponce de Leon Avenue, Decatur, Georgia at 2pm, The Reverend Greg Tallant celebrating. In lieu of flowers, contributions to the Holy Trinity Parish General Memorial Fund are appreciated. The family is receiving visitors at Turner Funeral Home, 4-6pm, Wednesday, September 26, 2012.
Published in The Atlanta Journal-Constitution on September 25, 2012.2

Children of John Witucke and Cheryl (?) 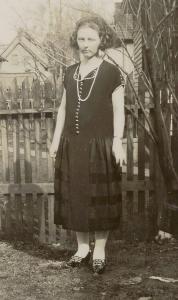