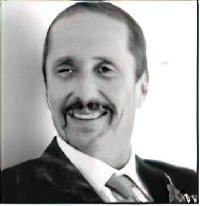 Mass of Christian Burial will be held on Monday, Feb. 13, 2006, at 11 a.m. at the Divine Mercy Catholic Church at Immaculate Conception in Faribault with the Rev. Kevin Finnegan, pastor, officiating. Interment will be held at the St. Lawrence Cemetery in Faribault.

Visitation will be held at the Parker Kohl Funeral Home in Faribault on Sunday from 2 to 6 p.m. and at the church on Monday for one hour prior to services. The family prefers that memorials be directed to Bethlehem Academy, Divine Mercy Catholic School or the Jerry Jasinski Scholarship Fund that will be established at South Central Technical College.

Jerome David Jasinski, the son of Albert and Alice (Stoetzel) Jasinski, was born on Sept. 3, 1929, in Owatonna. Jerry attended Bethlehem Academy High School and graduated with the class of 1947. After high school he attended the College of St. Thomas. On Oct. 1, 1949, he was united in marriage to JoAnne Popelka at the Immaculate Conception Catholic Church in Faribault. Jerry worked from 1957 to 1995 as a Liquor Salesman, most recently with Griggs, Cooper and Company. For many years Jerry, with his brothers, owned and operated their family business Grampa Al's in Faribault. Jerry was a member of the Knights of Columbus Council 889, the Faribault Aerie 1460 Fraternal Order of Eagle's, the V.F.W. Post 1560, the American Legion Post 43, the Elk's Lodge and Moose Lodge, all in Faribault. Jerry enjoyed spending time with his family and friends and especially enjoyed playing and watching golf. He was given an honorary lifetime membership at the Faribault Golf and Country Club.