Lottie 'Sue' Freeman
A service was held Tuesday at Page Funeral Chapel, Selma, for Lottie "Sue" Freeman of Dinuba. Bishop Alva D. Blackburn officiated. Burial was in Floral Memorial Park, Selma. Mrs. Freeman died Oct. 17. She was 89. She was born in Dent County, Mo., and had lived in Fresno before moving to Dinuba. She was a member of the Church of Jesus Christ of Latter-day Saints and a homemaker. She is survived by three sons, Alvin Leroy Egbert of Oakdale, Kenneth Warfel Egbert and Gary Freeman, both of Dinuba; a daughter, Glyn Buchanan of Dinuba; 17 grandchildren; 26 great-grandchildren; and five great-great-grandchildren. 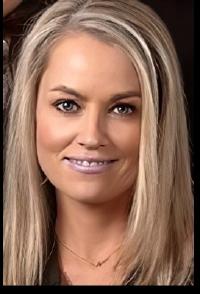 DaNette Vigil, 47, of Birmingham, Al, formerly of Cheyenne passed away February 12, 2019 in Birmingham.

We all lost an amazing mother, daughter, Mimi, Auntie, and Friend. She fought a long battle with cancer, putting on a brave face every day, and never letting anyone aware of the pain she was in. It was a day no one ever expected would come because life without DaNette seemed so unimaginable. She made everyone she met her family. Her kind, generous, and loving nature touched everyone she encountered, making her passing that much more devastating. Even though her time here with us seemed so fleeting, we can take comfort in knowing that she fulfilled a great deal in her lifetime, despite the many struggles she was confronted with.

DaNette was born June 27, 1971 to David Eugene Warfel and Sandra Jane Smith in Cheyenne, Wyoming. She grew up in Basin and Greybull, Wyoming and graduated in 1989. She then attended Casper College where she obtained her degree in business and accounting. Her most recent job was at Peak Wellness Center in Cheyenne Wyoming where she worked as an accountant for 14 years.

In March of 1993 DaNette was blessed with her first daughter Brailey Rae, Next, in October 1995, came Kobie Jo, Then in June 1999 her daughter Rylee Paige, followed by her youngest Harlie Beth in January 2001. DaNette always said she was born to be a mom which was very apparent in the way she loved and cared for her four daughters and the very close bond they all shared with one another.

DaNette continued to be blessed with girls when she became a Mimi to her very first granddaughter Beckley Bay in September 2017, and precious Savvy Jo in December 2018. If there was one thing she loved more than being a Mom, it was being a Mimi.

She is survived by her loving mother Sandra Warfel. Along with her four daughters Brailey(Dalton)Nelson, Kobie, Rylee, and Harlie Vigil. And her two granddaughters Beckley Vigil, and Savvy Nelson. And her loving cousin Brittany Fowler who she considered a sister. But also by all the people she cared about and who loved her. DaNette cared for all of you deeply.

She was preceded in death by her grandparents George and Mildred Warfel and Slim and Eileen Smith. She will be greeted in heaven by her father and hero David Warfel. We can all take comfort in knowing she's with her dad who she missed very much. Along with all those she loved and lost.

She was such a beautiful woman, inside and out. We will always reminisce on our mom's infectious laugh and breath taking smile. You could talk to her about anything. She was our best friend but we respected her so much that we never wanted to disappoint her. She never expected anything in return for all she would do. She made everyone's life better just by being in it. She took on everyone's problems and made them her own. She was a very strong and maintained her dignity through it all. Her humility made her blind to just how remarkable she was. Her biggest goal in life was too make her mom and dad proud, ours will be to make her proud.

Services are 2:00 p.m. Saturday in the Lakeview Chapel at Schrader, Aragon and Jacoby Funeral Home in Cheyenne, with a reception to follow in Schrader reception Center. Condolences may be offered at http://www.schradercares.com.

On April 19, 2012, an angel came from heaven and took our beloved husband, daddy and Grandpa Mac by the hand and led him home.

Dave was born to George and Mildred Warfel in Lovell, Wyoming, on April 6, 1945. He attended school in Hyattville, Greybull and graduated from Basin, Wyoming, after which he went to Casper College.
Dave met the love of his life, Sandra Jane Smith, in May of 1962 and the couple married on April 9, 1966. From that day forward, the couple would remain devoted, each other’s right hand and best friend. The couple’s joy continued when they were blessed with two beautiful girls, DaNae and DaNette. Dave felt so blessed to have his three girls protecting him through his life.

In 1990 Dave was then blessed again with his “one and only” grandson, Gene. Dave learned early on in his life the Lord was not done blessing him with beautiful women. In 1993, along came his first two granddaughters, Lacee and Brailey; in 1995 granddaughter number three, Kobie; 1999, Rylee; and last but not least 2001, his last granddaughter, Harlie.

He is survived by Sandi, his wife of 46 years, and their daughters, DaNae (Pablo) Good and DaNette (Dave) Messinger.
He is preceded in death by his parents and his mother and father-in-law.

Mac, thank you for always being our rock in our day-to-day struggles; you always made us believe that if we believed in ourselves, there wasn’t anything we couldn’t do.

Daddy, being your daughter was a blessing from above. You were an example every day of what a true father and husband should be. Your loving word of wisdom could always soothe a broken heart. You’re in our hearts forever and no man could ever fill your shoes.

Babe . . . I miss and love you so much. Right now my heart hurts so bad for the love we have always had, but comforts me in knowing we will be together again.

A viewing was held on Monday, April 23, 2012, followed by the funeral service at 2 p.m. at Atwood Family Chapel in Greybull. Pastor Derek Mowery officiated at the service. Burial followed at the Donald J. Ruhl Memorial Cemetery in Greybull and a reception followed at the Greybull Elks BPOE Lodge #1431.

Memorials will be received in Dave’s name at Security State Bank, P.O. Box 531, Basin, WY 82410-0531. Proceeds will go to Hands Across the Saddle.
Atwood Family Directors, Inc., was in charge of arrangements.
(Paid obituary.)1

George Warfel was born circa 1870 at Pennsylvania. He was the son of James Alexander Warfel and Martle Helen Hopkins. George Warfel died in 1958 at Missouri. 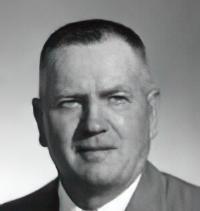 George Warfel was admitted to Montana State Prison on 26Jan1933 when he was 19-years old. Convicted of grand larceny with a sentence of 2-years for stealing a horse in Bridger, Montana. Paroled 01Apr1932.3 George Stewart Warfel married Mildred Fay Weidman, daughter of William Frederick Weidman and Jane Walker, on 3 August 1935 at Roberts, Carbon Co., Montana. George Stewart Warfel lived in August 1979 at Sunlight Basin, Wyoming. His Social Security Number was 517-18-7166 issued in Montana, last residence Powell, Park Co., Wyoming. Born 27 Jun 1913 and died 06 May 1998. He died on 6 May 1998 at Sage View Care Center, Rock Springs, Sweetwater Co., Wyoming, at age 84.2,4 He was buried in May 1998 at Cody, Park Co., Wyoming, cremated.4

A memorial service for George Steward Warfel was conducted at 2 p.m., Friday, May 15, 1998, at the Greybull Elks Club, 622 Greybull Ave., Greybull.

He was born June 27, 1913 in Reynolds County Mo., the son of the late Paul and Lena Parks Warfel. He attended schools in Missouri.
Warfel married the former Mildred Weidman in Joiliet, Mont. on Aug. 3, 1935.
He was the sheriff of Big Horn County for 23 years and was a member of the B.P.O. Elks Lodge 1431 and the Wyoming Peace Officers Association.

He was preceded in death by his parents and two brothers, Edward and Emett.
The body was cremated.2 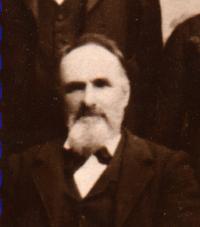 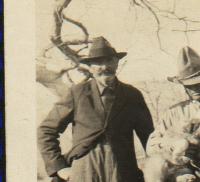 
Funeral Services For James Warfel To Be Held Today

Funeral services for James S. Warfel, 95, will be held at 10 a. m. today, January 27, at the J. L. Robinson Funeral Home. Mr. Warfel died January 24. The Rev. Roy B. Weaklend will officiate. Eurial will be in Floral Memorial Park. A native of Pennsylvania, Mr. Warfel was a retired rancher and lived in Selma for 17 years. Survivors include four daughters, Mrs. Ruth Hatten and Mrs. Odel Bellany, both of Selma; Mrs. Virginia Light, Missouri, and Mrs. Lottie Freeman of Visalia; two sons, Paul of Montana and Glenn of Missouri; a brother, Oren Warfel of Missouri; 23 grandchildren, 39 great grandchildren and three great grandchildren.