Arthur E. Harn was born on 8 August 1876 at Minnesota.2,3 He was the son of Elisha Lemuel Harn Jr. and Zilpha St. John. Arthur E. Harn died on 8 December 1924 at Minneapolis General Hospital, Minneapolis, Hennepin Co., Minnesota, at age 48.3 He was buried on 9 December 1924 at Roselawn Cemetery, St. Paul, Ramsey Co., Minnesota.3
Arthur E. Harn was a Clerk. In his death certificate, listed as an unemployed furniture repairer, and single. In 1900 Census, Arthur listed as born in August 1875, single and in a boarding-house. He lived in November 1924 at 51 East 12th St., St. Paul, Ramsey Co., Minnesota.3 The cause of death was myocardial insufficiency and hypertropy of heart.3

Arthur M. Harn was born in 1864 at Iowa. He was the son of John Hanson Thornton Harn and Frances Leighty.

Arthur Maywood Harn was born on 13 June 1879 at Cass Co., Nebraska. He was the son of Winfield Scott Harn and Fannie Louisia Stein.1 Arthur Maywood Harn died on 12 October 1942 at Sheridan Co., Montana, at age 63.
He lived in March 1922 at Union, Mason Co., Washington.1

Arville Harn was born circa May 1918.1 He was the son of Wesley (Aden) Harn and Sarah Catherine Lilley. Arville Harn died circa October 1918.1

Ary Harn was born circa 1782 at Maryland.1 She was the daughter of John Hearn and Dorcas Davis. Ary Harn died circa 23 May 1845.2
Ary Harn was a Methodist.

Paper: Sun, The (San Bernardino, CA)
Title: The Sun names members of Reader Advisory Board
Date: August 1, 2005
Barbara Lee Harn Covey worked at a small community newspaper while attending college in the 1940s. She later edited a newspaper at Norton Air Force Base and served as an adviser of a high school newspaper.

Covey said serving on the advisory board is like doing community service. She read with interest coverage of alluvial fans in the county because she said she knows the potential hazards. A 1954 landslide on the Rancho Palos Verdes peninsula, where she lived, killed some of the children at the school where she taught. Barbara Lee Harn's email address barbarac24@yahoo.com in January 2009.

COVEY, Barbara Lee Harn A longtime teacher in the Palos Verdes Peninsula School District, died Oct. 2, 2012, in Torrance. Born in Galesburg, Ill., on May 24, 1924, she received her BA from Pomona College in 1945 and MA in education from USC. She began her career in Palos Verdes schools in 1959 and retired in 1988 after teaching English and journalism at Miraleste High School for nearly two decades. She volunteered at the Peninsula Seniors writers' group, contributed articles to the Daily Breeze and wrote two books, "The Legend of Cushetunk" (1993) and "Rebecca Kellogg Ashley, 1695-1757. From Deerfield to Onaquaga" (2008). Her husband of nearly 50 years, Gerald Covey, died Sept. 6, 1997. She is survived by her sister, Patricia Harris; four children, Margaret, Carol, Richard and Lawrence Covey; and four granddaughters, Megan Dupont and Sara, Rachel and Angelina Covey. A memorial reception to celebrate her life will take place at 2 p.m. Saturday, Nov. 24, at St. Peter's by the Sea Presbyterian Church in Rancho Palos Verdes. In lieu of flowers, donations may be made "In memory of Barbara Covey" to Historic Deerfield Descendants, PO Box 321, Deerfield, MA 01342.
Published in the Los Angeles Times on November 18, 2012

Barbara Lee Harn Covey, a longtime teacher in the Palos Verdes Peninsula School District and an occasional contributor to the Daily Breeze, gently passed away on October 2, 2012, at Torrance Memorial Hospital. Barbara was born in Galesburg, Ill., on May 24, 1924, to Ruby and Jerry Harn. After graduating from Pomona College in 1945, she married her husband of nearly 50 years, Gerald Covey, in 1949; and, after earning her master's degree in education from U.S.C., she began her teaching career at Lunada Bay Elementary School in 1959. Barbara taught English and journalism at Miraleste High School for nearly two decades and "retired" in 1986. Still, Barbara's love of the written word continued. She volunteered to teach at the local writers' group, contributed a number of articles to the Daily Breeze, and became a published author of The Legend of Cushetunk (1993) and Rebecca Kellogg Ashley. From Deerfield to Onaquaga (2008). Barbara is survived by her sister, Patricia Harris; her four children, Margaret Covey, Carol Covey, Richard Covey and Lawrence Covey; and her granddaughters, Megan Dupont, Sara Covey, Rachel Covey and Angelina Covey. Former students, colleagues, and friends are welcome to a memorial service to celebrate her life on Saturday, Nov. 24, at 2 p.m. at St. Peter's by the Sea Presbyterian Church in Rancho Palos Verdes. In lieu of flowers, her family asks those touched by her death to make a contribution "In memory of Barbara Covey" to Historic Deerfield Descendants, PO Box 321, Deerfield, MA 01342. Please sign the guest book at www.dailybreeze.com/obits.

Beatrice Harn was born in April 1897 at California Information from 1900 California Census. She was the daughter of Lloyd Robert Harn and Agnes Jefferies.

Belle Harn was the daughter of Wesley Jaleel Harn and Urith Mannahan.

Bertha Harn was the daughter of John Harn and Ida L. Johnson.

Paper: Observer-Reporter (Washington, PA)
Title: Betty Harn Bienia
Formerly of Bentleyville
Date: February 14, 2002
Betty Harn Bienia, 71, of Wilkes-Barre, formerly of Bentleyville, died Monday, February 11, 2002, in Dorrance Manor, Wilkes-Barre, following a lengthy illness. She was born October 27, 1930, a daughter of Paul and Mildred Harn. Mrs. Bienia was a resident of Bentleyville until 1994 before moving to Wilkes-Barre. She was a homemaker and a member of New Eagle Kingdom Hall in Kingston. Her second husband, Ted Bienia, is deceased. Surviving are two daughters, Frances Straw and Sharon Kozak; a son, Kenneth Benedetti; and four grandchildren, Amanda, Katrina and Walter straw and Brian Benedetti. Deceased are a son, James Benedetti; a sister, Louise Kotchman; and two brothers, Gerald and Eugene Harn. There will be no public viewing. A memorial service will be held at 7 p.m. Saturday, February 16, in New Eagle Kingdom Hall, Kingston. Memorials may be made to a charity of one's choice.

Boyd Harn was the son of John Harn and Ida L. Johnson.

Braden A. Harn is the son of Gary Russell Harn and Stephanie Warren.1 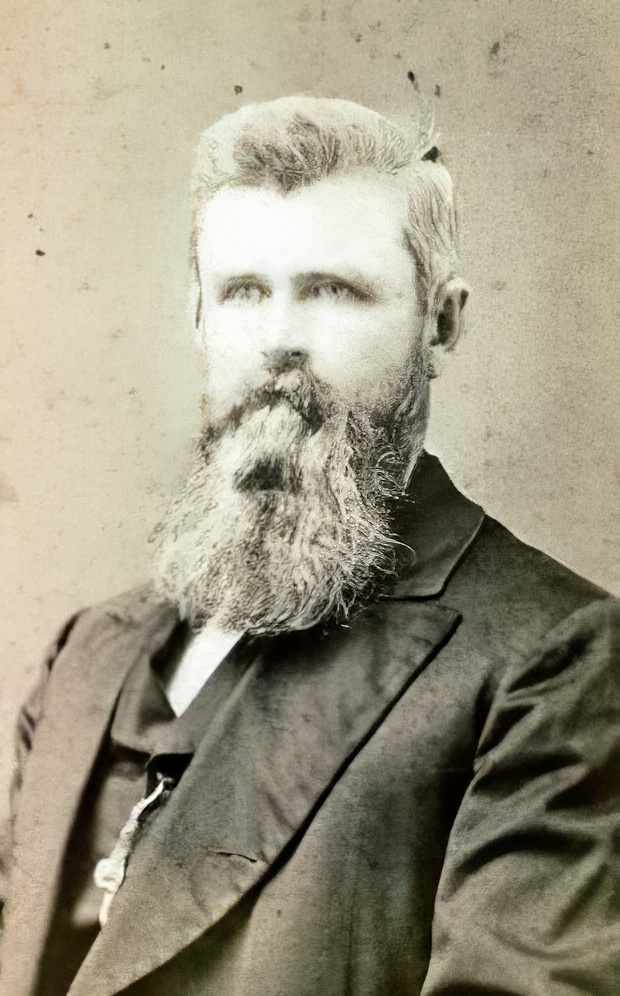 Following from "The Morning Oregonian" (Portland, Oregon) newspaper dated May 26, 1887:
C. D. Harn was yesterday granted a divorce from Rachel Harn by Judge Stearns. They were married in Niles, Michigan, October 22, 1856, and have-two children, who are awarded to the care the plaintiff. The ground of the divorce is cruel treatment.4
He lived bt 1889-1890 at Spokane Falls, Spokane Co., Washington;

Harn Funeral to be held Thursday

The funeral of Calvin D. Harn who died Tuesday at the Sacred Heart Hospital, will be held at 9 o'clock Thursday morning from the Smith undertaking parlors with the Rev. A.C. Grier of the Universalist church officiating.
Mr. Harn had lived in Spokane 25 years. He was at one time a member of the city council and later was city building inspector. He leaves a widow.12

The cause of death was Uremia and Bright's disease.6
History of Rice County, published in 1882, by Charles S. Bryant, provides a list of old settlers into Rice County, by the Old Settlers Association. C.D. Harn recorded as arriving in 1856.


History of Rice County, published in 1882, by Charles S. Bryant, states that Hon. George W. Tower was elected the first mayor of Faribault, and C.D. Harn was elected as alderman. With inauguration being on 09 Apr 1872.


C.D. Harn in 1876, was the President of the Taopi Flouring Mill Company. Messers C.D. Harn and Hiram Snider own half the stock in the Taopi Mill; they also are owners of the Faribault Mills. The steam flouring mill in Taopi, has a capacity to grind 300,000 bushels per year. Taopi is in Mower Co, MN. [2].


Following the James and Younger brother's attack on the Northfield Bank in 1876, C.D. Harn was with a party of men from Faribault, that discovered two of the horses belonging the robbers. Five saddles were also discovered. [3].


In 1877, the Diamond Flour Mill at Taopi, Mower County, was dismantled and moved to Janesville and re-assembled. It was operated by Harn, Snyder & Co. for about two years, when the firm failed and the buildings stood idle for about three years. [4].


C.D. Harn purchased 501 acres of land in 1880, lying west of Cedar Lake, in Shieldsville township, and extending to Mud Lake, on the west. It is his intention to enter extensively into sheep and cattle farming. The land is all wild and includes some very fine timber land and a good deal of excellent pasturage. [5].


Left wife and family in Minnesota around 1880, and moved west to Washington.