The following information was transcribed by Charmaine Keith from "The Blue Book of Nebraska Woman" by Winona Evans Reeves, Missouri Printing and Publishing Company (1916). Submitted to the USGenWeb Nebraska Archives, February, 1999, by Charmaine Keith (charmain@southwind.net). Located at following internet address on 30 Aug 2004:
http://ftp.rootsweb.com/pub/usgenweb/ne/state/publications/bluebook/151to200.txt

Page 173
MARY HARN WILLIAMS
Mary Harn Williams, practical newspaper woman and prominent suffragist, was born in Laurence, Mass., Nov. 26, 1855. Her father, Alvin Dighton Williams, was in his young manhood a Freewill Baptist minister. He was a graduate of Hamilton College in the class of 1849. In 1857 he came west and was pastor of a church in Minneapolis. Later he became principal of the Minnesota Seminary and was State Superintendent of Schools in West Va. He came to Nebraska as principal of the Normal School at Peru and held many positions of trust in the state. Her mother was Sarah Ann (Harn) Williams, a native of Maryland, a graduate of Cedar Hill Seminary, and later a teacher there. Her oldest brother, George H. Harn, was an abolitionist and was active in the organizations of the Republican Party. Miss Williams was educated at Cheshire Academy, Ohio; in the West Va. College, at the Neb. State Normal School, and at the University of Nebraska. She took a special course in library work in the Columbian University, and there was a member of the Pi Beta Phi Sorority. While living in Washington she was secretary of the District of Columbia Suffrage Association. For eight years she has been secretary of the Nebraska State Equal Suffrage Association and has been a delegate from Nebraska to the National Equal Suffrage Convention nine times, and was for years the Nebraska member on the National Executive Committee. She is a practical newspaper woman and from the time she left school until 1890 she devoted much time to newspaper work and says she has done everything about an office "from inking the roller to writing editorials." From 1890 to 1900 she was compositor in a government printing office in Washington, D. C. She has written poems, sketches and feature articles for local and state papers. She has traveled over most of the United States and in 1910 spent a part of the year in a journey through Europe, going as far east as Greece. In recent years she had lived at Kenesaw, Neb., with her aunt, Miss Ellen D. Harn, who is a woman of very interesting personality. She taught school for forty years and then bought ten acres near Kenesaw on which she built a home. When almost ninety years of age she cared for her flower and vegetable gardens as well as chickens. She was at 87, president of the Local Equal Suffrage Association and her great hope was that she might live to see the franchise give to the women of Nebraska.
She lived in 1930 at Kenesaw, Adams Co., Nebraska.

Children of George Thomas Williams and Grace A. Barton

Children of Grace A. Barton and George Thomas Williams

Roland Joseph Preeshl
Roland Joseph Preeshl Oswego, IL, formerly of Racine - Mr. Preeshl, 90, passed away at Bickford in Oswego, IL on March 15, 2010. Roland was born in Glenwood City, WI on July 18, 1919 to the late Joseph F. and Viola (nee: Cornellissen) Preeshl. He lived in Racine for over 50 years. He was united in marriage to the former Jeanne D. Purdy in LaCrosse on September 14, 1940. They were married for 62 years before she passed away on March 20, 2003. He served in the United States Army (1303 Army Corp of Engineers, Gen. Patton's Mighty Midgets). He was co-owner with Bernie Odders of Odders and Co, retiring in 1964. He was a member of St. Lucy Catholic Church, 4th degree Knights of Columbus, enjoyed needlepoint, and woodworking, building beautiful furniture. He made Racine his home while here working on the construction of the Johnson Wax tower designed by Frank Lloyd Wright. He is survived by one daughter and son-in-law, Penny (Tom) Bredemeier of Oswego, IL; three grandsons, Ben (Jenny) Bredemeier, Ryan (Tiffany) Desmond, Nick Desmond; two great-grandchildren, Jacob Desmond and Emily Bredemeier; one brother Jim (Lois) Preeshl of Onalaska, WI and one sister-in-law, Marilyn Carroll of LaCrosse, WI. He was preceded in death by his daughter, Debra Jean Wilken, Jan. 2000 and three brothers, David, Robert and Richard Preeshl. Funeral services will be held at St. Lucy's Catholic Church, 3101 Drexel Ave, on Tuesday, March 23, 2010 at 11:00 am. with Fr. Mark Jones officiating. Relatives and friends may meet with the family at the church on Tuesday from 9:00 am until the time of service. Entombment will be held at Calvary Cemetery on Wednesday, March 24, 2010 at 1:00 pm. Memorials in memory of Mr. Preeshl to Badger Association for the Blind have been suggested. Wilson Funeral Home 1212 Lathrop Ave 262-634-3361 www.wilsonfuneralhomeracine.com

Published in Beacon News on March 19, 2010.1 Roland Joseph Preeshl was a catholic.1

Following from The Daily Republican Eagle, Red Wing, MN 3 Nov 1953, Tuesday, page 4, column 1.
Palms and pedestal baskets of white, yellow and bronze chrysanthemums banked the altar in the candlelighted interior of Christ church Friday evening of the marriage of Miss Joanne K. Schneider of Red Wing, and Howard C. Wurst of Lake City. The bride is the daughter of Mr. And Mrs. H.C. Schneider, 474 Fifteenth street, and Mr. Wurst's parents, Mr. And Mrs. C.L. Wurst reside at Lake City.
The double ring vows were spoken at 8 o'clock before the Rev. Monroe Bailie and Dorr Thomas played they background organ music. Members of the Kappa Delta sorority sang from the chapel preceding the nuptial service and Margueritte LaRock of Rochester, a cousin of the groom, was the soloist. Entering though an aisle defined with lighted tapers and bitter sweet, the bride, was gowned in white Chantilly lace over satin. The fitted bodice was detailed with an off-the-shoulder neckline inset with net and the full skirt ended in a semi-train. Her short veil fell from a lace bonnet and she carried white button 'mums, Stephanotis and ivy. Her only jewelry was a double strand pearl necklace, a gift from the groom.
Mrs. Janet Schneider of Minneapolis, attended her sister as maiden of honor and the bridesmaid was Miss Nancy Kunau also of Minneapolis. Gail Schneider, sister of the bride, was the junior attendant. They chose ballerina length gowns of brown shadow plaid silk organza accented with velvet jackets. Completing their costumes were brown velvet crowns and they carried yellow button 'mums with ivy.
For her daughter's wedding Mrs. Schneider was attired in a brown crepe flock trimmed with white. Her accessories were brown and white and salmon colored tea roses formed her corsage. Mrs. Wurst, mother of the groom, in a plum colored dress, chose matching accessories and a shoulder corsage of Johanna Hill roses. The best man was Robert Wurst of Lake City, and Allen Anderson, Gilbert Wurst and William Schneider, brother of the bride, ushered.
About 150 guests attended the wedding reception held in the parish house after the ceremony. Yellow and white 'mums and ivy and lighted tapers graced the serving tables. Mrs. Herbert McLaird of LaCresent, Minn., an aunt of the bride, served the wedding cake while Mrs. Chester Krauss of Lake City and Mrs. Arthur Dickson of St. Paul, poured. Miss Mary Anne Dahl of Red Wing, was at the guest book and the gifts were attended by Mrs. Robert Wurst. Other assistants were Misses Marlene Reuben and Alyce Katzenmeyer, sorority sisters of the bride, and Mrs. Eugene Zillgitt of Eau Claire, Wis.
As the newlyweds left of a short wedding trip to northern Wisconsin, the new Mrs. Wurst wore a brown and cinnamon herringbone suit with brown accessories and a white orchid corsage. They will make their home at 1629 Sixth St. S.E. in Minneapolis.
The bride is a senior in education at the University of Minnesota and her husband is a junior student there studying technical agriculture. He is a veteran of World War II and the Korean campaign. Guests included Kappa Delta sorority sisters of the bride and also members of the groom's fraternity, Delta Sigma Pi. Others attended from La Crosse, LaCrescent, Rochester, Plainview, Lake City, Minneapolis, St. Paul, Decorah, Ia., Spring Valley, Wis., Pine Island, Eyota, Eau Claire and Nebraska.

William Schneider is the son of Harry Charles Schneider and Evelyn Ann Purdy.

James Redman
CALDWELL - Services for James Roby Redman, 68, 1202 N. Michigan, who died Friday at a Caldwell hospital, will be held at 2 p.m. at the Flahiff Chapel.
The Rev. Frank Marler, assistant minister at the Nampa Christian Church, will officiate. Internment will be at Canyon Hill.
Redman was born May 1, 1899, at Otway, Ohio. He and his parents moved by covered wagon to Millford, Ill., in 1901. He attended elementary school at Stockland, Ill., and high school at Watseka, Ill.
He moved to Montana in 1920, where he worked in the wheat fields. He married Ruby Fellows on July 3, 1922, at Harding, Mont. They resided at Watseka, Mont., where he worked as a mechanic. In 1930 they moved to Yoder, Wyo., where he worked for four years before moving to Caldwell. He worked as a mechanic at Caldwell and for nine years was employed in Nampa. He retired in 1962.
Survivors include his wife; two sons, James Arthur Redman, Weiser, and Harold Warren Redman, Minneapolis, Minn., three daughters, Mrs. Doris D. Nelson, Corpus Christi, Tex., Mrs. Dolores Samuelson, Meridian, and Violet Luhr, Nampa; a sister, Mrs. Minnie Ashinhurst, Pendelton, Ore., 12 grandchildren and several nieces and nephews, including Mrs. Opal Whiteman, Caldwell. He was preceded in death by three sisters and six brothers. His Social Security Number was 519-09-6814 issued in Idaho. Social Security Death Index (b- 01May1899 d- Oct1967.)

Her married name was Redman.

Following from an obituary for Ruby Redman in the Idaho Press-Tribune newspaper, dated 30 May 2001:

Rudy Redman, 98 of Caldwell, passed away May 27, 2001, at the beautiful Birchwood Retirement Home in Twin Falls, where she resided for the past year. Memorial services will be held at 11 a.m. Thursday, May 31, at the Flahiff Funeral Chapel, Caldwell.

Ruby was born Jan. 27, 1903, in Purdom (sic), Neb., a daughter of George and Minnie Fellows. She married James R. Redman on July 3, 1921, in Hardin, Mont., and they later moved to Watseka, Ill., where Mr. Redman was employed. They later moved to Scottsbluff, Neb., and in 1934, moved to Caldwell where they made their home. Ruby was very active in the community. During WWII, she was on the ration board, on the election board from 1940 until 1980, was very active in Van Buren School and worked at Crookham Seed Co.

She loved to take her grandchildren fishing and hunting. If a book were written about this lady, it would surely be a best seller. She touched the heart of everyone she met and people talk of "a heart of gold!" Yes, the lady had it all! Never thought about herself; it was always someone else.

She was preceded in death by her parents; her husband, James Redman; one son, Art; one daughter, Dolores Samuelson; and one granddaughter, Judy Luecket. 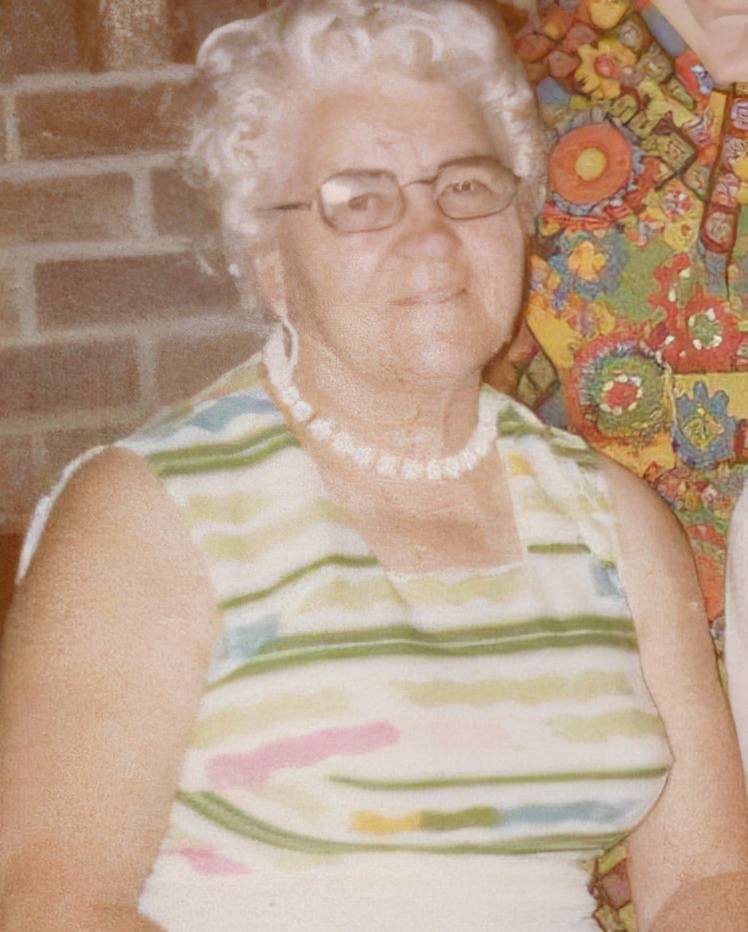 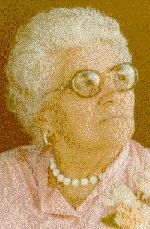 Harold Redman said about 1996, that his great uncle Tom Lilly lived to be over 92 years old, lifetime bachelor. Tom Lilly was the brother to Minnie. Estimate Tom Lilly died about 1968 and born about 1874.
I was unable to find a Tom Lilly in census records for the Lilly family, however, Arod Reuben Lilly fits the dates, not married, perhaps he is Harold Redman's great uncle Tom? Minnie Fellows in Scotts Bluff County Probate Index 3-308.

Children of Connie Jane Redman and Gregory A. Parker