Children of David Wayne Fox Sr. and Mary A. Evans

Jeanne B. Wilson (79), our beloved mother, grandmother, great-grandmother, sister, and friend passed away peacefully on December 4, 2004 at Pioneer Care Center. Jeanne was born October 13, 1925 in Pleasant Grove, Utah, the oldest of five children. Her parents were Forest Fox and Estella Rebecca Draper.

She married Charles Abiel Wilson Jr. on June 20,1945. The marriage was later solemnized in the Logan Temple. Jeanne was a member of the Church of Jesus Christ of Later-day Saints.

She served two service missions with her husband Charles: One at the Intermountain Indian School and the other at the Brigham City Tabernacle. She also served as a ward librarian and in the primary as a teacher and nursery leader.

Surviving are her children; Charles Terry "C.T./Charlie" Wilson of Tremonton, Dave Wilson of Tremonton, Gloria Jeanne (Gary) Fredrickson of Willard, Evelyn Wilson of California, Dianne (Boyd) Call of Layton, 7 grandchildren, and 3 great-grandchildren. Also surviving are one brother, John (Belin) Burlew, and two sisters: Dell (Harold) Blurn of Delaware, and Debbie (Dan) Miller of Riverdale. She was preceded in death by her husband, Charles A. Wilson Jr., her brother Dallas Burlew and her parents. 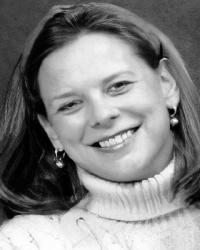 Susan McGuire
McGuire, Susan Fox Age 54, at rest December 28, 2012, after a 4 year battle with Amyloidosis. Loving wife of Matthew J. McGuire for 22 years; devoted mother of Benjamin, Declan and Fox; cherished daughter of David W. Fox, Sr. and Mary E. "Mike" Fox and dear daughter-in-law of Gerald F. and Margaret M. McGuire; loving sister of David W. (Alexandra) Fox, Jr; Katherine Fox (Ryan) Lanham and Thomas E. (Deborah) Fox; dear sister-in-law of Mary Anne McGuire, Stephen T. (Sarah) McGuire and John P. McGuire; fond aunt of many nieces and nephews. Susan was born on March 6, 1958 in Evanston, Illinois. She grew up in Clarendon Hills and Hinsdale graduating from Hinsdale Central High School in 1976. She attended Ripon College in Wisconsin and graduated in 1980. She met Matt while both worked in the Government Bond Department at Harris Bank. They married in June of 1990 and moved to Hinsdale in January of 1991. Susan has always felt lucky to be the mother of three wonderful boys and has said many times that she really loved being a part of their teenage years. She was an accomplished photographer and enjoyed taking pictures at all her son's games and events. She also loved to read, travel and cook. Another of her favorite activities was to gather with a group of friends on Monday evenings to watch Dancing With the Stars. Susan was very active in the community and her son's schools. She served on the boards of The Community House in Hinsdale and the Wayne and Helen Fox Community Center in West Chicago. She was very involved with the Union Church Preschool Programs and at Madison School. At Madison School she started, edited and produced the first school newspaper helping boost the skills of many budding journalists, comic strip artists and sports reporters. Susan had a great sense of humor and was fond of saying, "It's all about me!!" but in fact it was really all about the people she loved. Visitation Thursday, January 3rd from 4 to 8 pm at Adolf Funeral Home & Cremation Services, Ltd. 7000 S. Madison St; Willowbrook. The funeral Mass will take place on Friday, January 4th, at St. John of the Cross Catholic Church 5005 S. Wolf Rd, Western Springs, at 9:45am. Private family interment. In lieu of flowers, the family requests that memorial gifts be designated for Amyloidosis research at Mayo Clinic. Memorials can be made online at www.mayoclinic.org/development or mailed to Department of Development, Mayo Clinic 200 First St, Rochester, MN 55905. Service information: 630-325-2300 or www.adolfservices.com

Published in Chicago Sun-Times on Dec. 31, 2012 - See more at: http://legacy.suntimes.com/obituaries/chicagosuntimes/obituary.aspx?n=susan-mcguire&pid=162059027#sthash.h0nlNbHP.dpuf.2

At the age of 12, Mr. Fox came to West Chicago to live with his maternal grandparents, Dr. and Mrs. George Madison, and remained in the city for his entire life. He attended West Chicago High School, where he starred in football, basketball, and track. He was considered one of the finest athletes the high school ever produced and was inducted into the West Chicago Athletic Hall of Fame. He attended the University of Illinois, where he was a member of the Delta Tau Delta fraternity. In 1928, he married Helen Lynch and they were together until her death in early 1998.

Mr. Fox was Chairman Emeritus of West Chicago State Bank and was extremely active in civic affairs. He was a founding member of the West Chicago Rotary Club, a former city treasurer, and past member of the Community High School Board. He was one of the prime movers with the Park District in bringing West Chicago its first municipal swimming pool. He was an untiring booster for the city, its residents and businesses, and always stood ready to lend a helping hand for those in need. With his wife, Helen, he was instrumental in the redevelopment of the former Chicago and Northwestern Railroad Station into the Wayne and Helen Fox Community Center.

In addition to his wife, he was preceded in death by his parents, one brother, and three sisters.

Visitation will be from 5 to 8 p.m. today, at the funeral home.

Contributions in Mr. Fox's memory may be made to the Wayne and Helen Fox Community Center, 306 N. Main St., West Chicago, IL 60185.

Anne Foxworthy was born on 13 October 1832.2 She was the daughter of Samuel Foxworthy and Dorcas Davis. Anne Foxworthy married William Hite on 28 August 1856.2

John Henry Foxworthy was born on 17 December 1841.1 He was the son of Samuel Foxworthy and Dorcas Davis.1

Children of Carol A. Fredrickson and Mark Allan Embretson

LAKEVILLE - Harold "Pete Freehauf, 72, of 19528 Shively Road, former Union Township trustee, died at 2:33 p.m. Wednesday in St. Josephs Medical Center, South Bend. Mr. Freehauf was a self-employed farmer. He was bon July 11, 1922, in Madison Township. On June 17, 1950, in South Bend, he married Eleanor MonhauL She survives with a daughter, Cindy Freehauf of Aurora, Colo; three sons, Gregory of Granger, Dennis of Lakeville and Leon of Indianapolis; four grandchildren; three sisters, Catherine Stone of North Liberty, Suzie Leininger of Lakeville and Violet James of Bremen; and a brother, Eugene of Lakeville. He was an adult leader of the 4- H Club of St. Joseph County, served on the Board of Directors of LaVille Elementary School Building Corp., was an organizer of the library of the Old Lakeville School Project, past president of Lakeville Lions Club and recipient of the Lions Club Melvin Jones Award, and received the Master Farmer Award of Prairie Farmers. He was a member of St. Joseph County Farm Bureau, SL Pauls Lutheran Church, Woodland, and the Pete Freehauf Band, and was a square dance caller for 45 years. Services will be at 10 a.m. Monday in the church. Friends may call from 2 to 7 p.m. Sunday in Palmer Funeral Home. Memorial contributions may be made to the American Cancer Society of Lakeville Lions Club.