Following is obituary for Carole Bongers:

Memorial services were postponed and will be held Thursday, Dec. 10 at 2 p.m. in the Boldt Funeral Home, Faribault, with Chris Sorensen, pastoral minister of Divine Mercy Catholic Church, Faribault, officiating. Interment will be held at Meadow Ridge Memorial Park, Faribault.

A memorial visitation will be held in the Boldt Funeral Home, Faribault, on Tuesday from 4 to 8 p.m. and also for one hour prior to the Thursday services.

Carole, the daughter of David M. and Celia (Stasney) Harn, was born on Sept. 20, 1945, in Faribault. She married Tony Bongers on Aug. 28, 1965, in Faribault. She loved the country and was known for her exotic animal farm. She is survived by her husband, Tony; four children, Traci (and Mark) Thieding of Lonsdale, Chris, Troy and Tammie Bongers, all of Faribault; six grandchildren, Lexa, Holly, Lucan and Shiloh Bongers, Alexander and Maximilian Thieding; two siblings, Robert and Larry Harn, both of Faribault; nieces; nephews; and other relatives and friends. She was preceded in death by her parents; and her parents-in-law, Henry and Josephine Bongers.1

Robert "Bob" Harn, 65
1946-2012
Robert "Bob" Harn, age 65, of Faribault, died on Wednesday, August 15, 2012 at his home. Memorial services will be held at the Boldt Funeral Home, Faribault, on Tuesday, August 21, 2012 at 10:30 a.m. Interment will be at Calvary Cemetery, Faribault. Memorial visitation will be at the Boldt Funeral Home for one hour prior to the service on Tuesday.
Robert David, the son of David and Celia (Stasney) Harn, was born December 1, 1946 in Faribault. He attended Faribault High School. Bob served in the U.S. Navy and was later employed at McQuay's of Faribault for over 40 years.
He is survived by one brother, Larry (and Jeanne Taylor) Harn of Faribault; one sister in law, Judy Harn of Faribault; one brother in law, Tony Bongers of Faribault; nieces and nephews, Grady Harn, Hailey Harn, Hattie Harn, Tammie Bongers, Troy Bongers, Traci Thieding and Chris Bongers; aunts; uncles; and other relatives and friends. He was preceded in death by his parents, his sister, Carole Bongers and one great niece, Hazel May Mielke on August 7, 2012.2 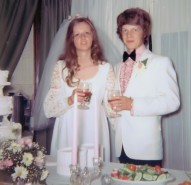 HARN, Ellis S., wife, born on April 1863 in MN, 37-years old, father born in New York and mother born in Kentucky. Has had only one child. 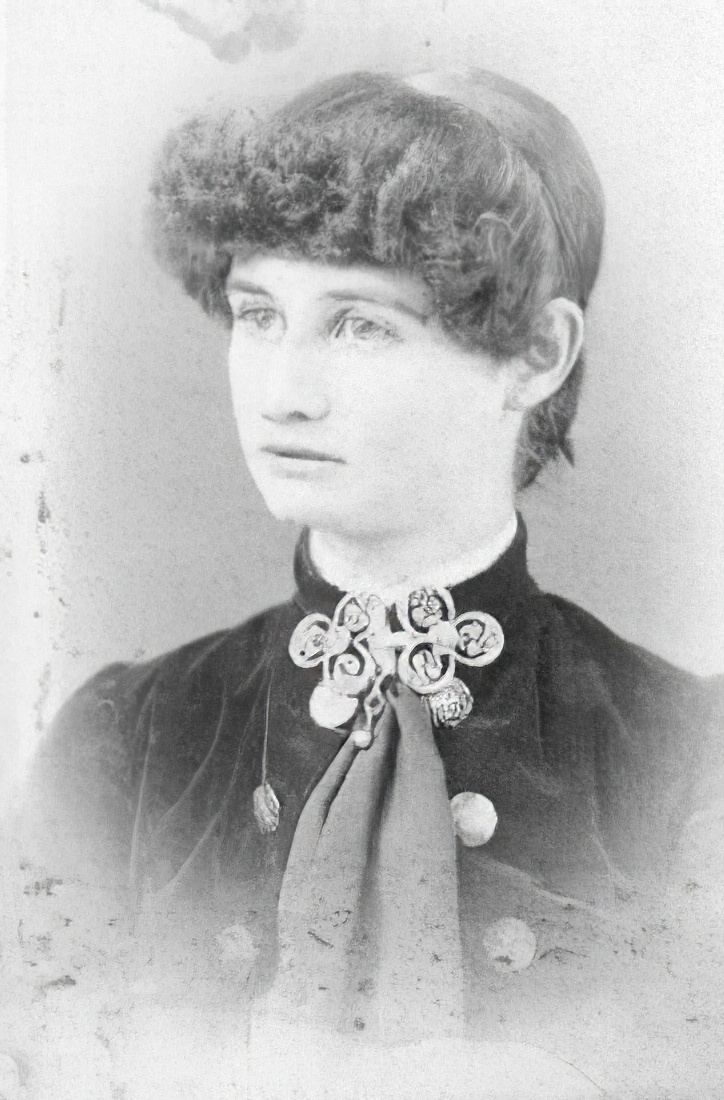 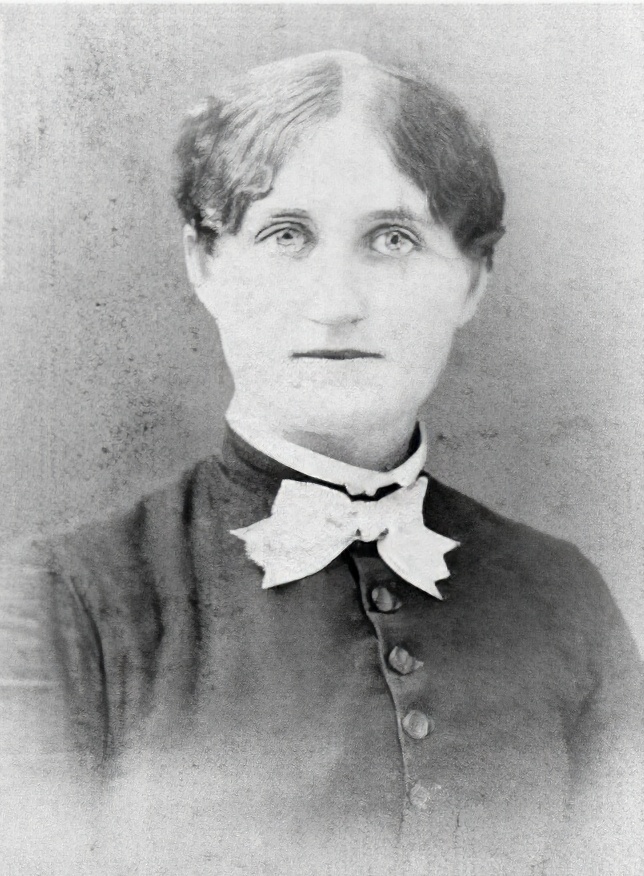 NOTE: This was the same address listed for her father Calvin D. Harn in 1889-1890. Her married name was Sells. She lived in 1918 at Lompoc, Santa Barbara Co., California.

The following obituary is from The Lompoc Record newspaper (California), 20 Nov 1947.
Final rites were conducted on Sunday for Mrs. Annie Harn Sells, long-time Lompoc resident who passed away Friday in the Lompoc Community Hospital. The funeral was held in the Starbuck chapel with Rev. O.J. Hoag officiating, and the Order of Eastern Star participating. Internment followed in Evergreen cemetery. Mrs. Sells was a native of Faribault, Minn., where she was born on July 31, 1868. She came to Lompoc in 1918 with her husband, John Sells, who was employed with the Celite company. The deceased leaves her husband, a resident of Lompoc, now retired, and a son, Col. John K. Sells who is at present stationed at Nashville, Tenn. She also leaves two granddaughters, Ann Caroline and Sonia Ellis Sells, who reside in Santa Fe, N.M., and a brother and sister, Harry R. Harn of Chicago and Mary C. Harn of San Diego. Mrs. Sells was active in the Eastern Star organization in Lompoc and was a member of the White Shrine. Pall bearers for the funeral were Ray Stalker, D.D. MacArthur, Alex Main, Frank Jenks, Glenn Rohlfsen and Milburn Pickner. 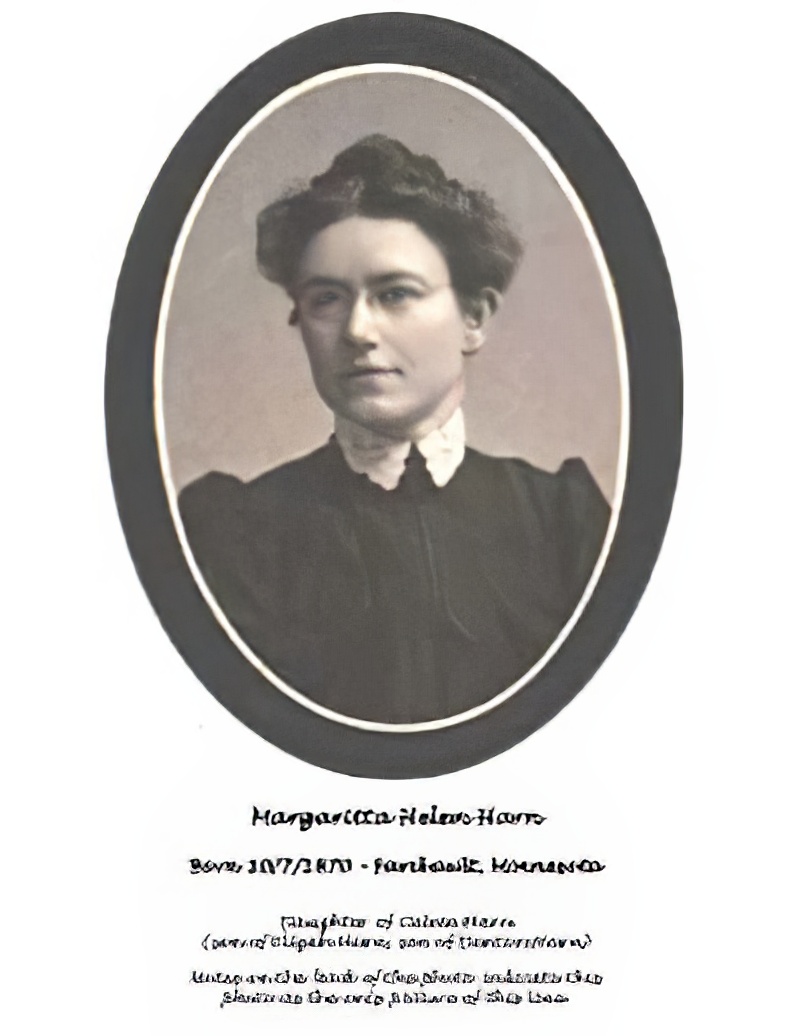 Margaretta Helen Harn of Faribault, Minnesota was in the Teachers Section for the Freshman Class at the University of Minnesota 1896-1897.
(The University of Minnesota Catalog for the year 1895-96 and Announcements for the year 1896-1897.) Her married name was VanSickle. Margaretta Helen Harn also went by the name of Maggie. Marriage record was filed on 11Feb1909. The cause of death was died 3-days after giving birth to her son.
In a letter dated 20Feb1910, possibly from Ann Sells, it states that Maggie was married 04Feb1909. Also that she had been in a runaway the previous summer, and was possibly hurt internally.


Was unable to locate George and Maggie in the 1920 Soundex.