Lawrence Bode is the son of Clarence Bode and Ada Joe Harn.1

Children of Lyndon Bode and Rachel (?) 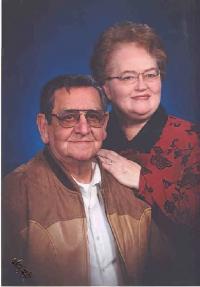 He was born on December 25, 1931 in Casper, Wyoming, the son of the late William and Freda Struck.

Mr. Struck attended schools in Superior, Wyoming and St. Anthony’s in Casper, Wyoming and graduated from Natrona High School in 1950.

Mr. Struck was a United States Navy Veteran of the Korean Conflict. He served from May 30, 1950 until April 15, 1954 when he was honorably discharged.

He was employed as a mechanic and a salesman at Morgantown Machine and retired in 2000.

Mr. Struck was a member of Holy Spirit Catholic Community.

His interests included camping, hunting, fishing and he loved the outdoors. Following his retirement, he took care of his disabled son David. He was a proud Wyoming Native and enjoyed being with his children and grandchildren out of doors

He was preceded in death by his parents and one son David Struck.


Upon his death, his family received a Presidential Memorial Cerrtificate for George William Struck, from President Obama.

'He was their angel'

By LAURIE CREASY
Star-Tribune staff writer
David Dean Struck was the most eloquent of teachers, though he never spoke.

"David was totally reliant on other people's care," says Sue Pavelik, a former nursing manager at Southwest Wyoming Rehabilitation Center in Rock Springs, where David lived until his death on Jan. 3. "And yet he taught me more about life than anyone except my own child. In his world, we were the different ones."

He needed patience as others fed, bathed and clothed him. He needed creativity in order to make his needs known.

"He almost walked, but he never talked," his mother, Fay Struck, recalls. "He communicated with his eyes, and you just knew what he was thinking. You wanted to do for him."

If he was happy, Sue said, David would rock back and forth contentedly. If he was uncomfortable, his eyes would get wide or he would squirm.

David was a beautiful young man. "He had the thickest black hair I've ever seen," Sue recalls, likening it to the hair on one of her childhood dolls. "He had big brown eyes and thick, thick, thick black eyebrows. He was George's clone."

Despite his normal birth, the Strucks realized David wasn't like other children. University of Utah doctors diagnosed brain damage -- but could not pinpoint the cause. They could do nothing.

Besides, they told the Strucks, children like David usually died before the age of 3.

The Strucks brought their son home and lavished love on him. They took him everywhere, even on camping trips. "He was such a cuddly little thing," Fay remembers.

He lived with them for 12 years, but it couldn't last.

"He just got too big to lift," Fay says. She and George sent him to the Wyoming State Training School at Lander, where he lived for 19 years. Fay and George visited him there two or three times a month. The school was good for David, she remembers; the staff took him camping and horseback riding, and he made many friends.

Befriending David was easy. Something about him drew people, even strangers. "There was nobody that didn't like him. He had a very contagious smile," Sue recalls, "and when his parents came into the room, he lit up."

As Fay and George aged, the trip became harder on them.

"We started missing him a little too much," Fay says, "so we brought him home. He was still the same sweet little guy." They moved him into the rehabilitation center.

When Sue first met the Strucks, she says, "I thought, 'My God, I'm never going to be able to please these people!' Then I realized they wanted things to be a certain way because they loved him so much. He has an amazing family."

One client at the center made sure he had one of her stuffed animals every day. "She mothered him to death," Sue recalls. Another kissed him on the head every time he passed.

David fell ill often, and sometimes he had to be fed through a tube. Sue recalls reintroducing him to solid food, an applesauce-consistency concoction the staff wasn't sure he would like. He rolled it around in his mouth, tasting and testing. "Then he let out a cry and made this wonderful face," Sue says. "He was so excited -- like a baby bird opening its mouth for a worm."

Time after time, David bounced back from bouts of pneumonia. His caregivers got so used to his resiliency that when he finally succumbed, they were shocked.

At the viewing, one caregiver fell apart. Another -- pregnant at the time -- drove in from Salt Lake City for the viewing, then drove back the same night. "There was a lot of laughter ... and a lot of tears," Sue says of the viewing.

"I think about him every day," Sue confesses. "He was sent to teach the rest of us."

He was George's best buddy. He was Fay's pride and joy.

He was born Sept. 2, 1970, in Rock Springs. He was one of the first students at the Child Development Center, which he attended for eight years. He was taught by Karen Oldfield for one year. He then moved to the Wyoming State Training School in Lander where he lived for 19 years. He then moved back to Rock Springs and resided at the Southwest Wyoming Rehabilitation Center until the time of his death.

The Rev. Carl Beavers will officiate. Interment will be in the St. Josephs Section of the Rock Springs Municipal Cemetery. Friends may call on Sunday at the Vase Chapel from 6-8 p.m. and again at the chapel on Monday morning until time of funeral services. Pallbearers include Dan Struck, Steve Nichols, Bob Legerski, Matt Legerski, Phillip Nichols, Dan Nichols and Steve Redman. Honorary pallbearers include, George Bullington and Buddy Kaumo.2

A longtime resident of Rock Springs, he was born on November 11th, 1959 in Winfield Kansas but always considered himself a Wyoming native.

He attended school in Kansas and was a graduate of South Haven High School class of 1977.

He moved to Rock Springs in 1978 and started working at Jim Bridger Power Plant, where he worked for 37 years.

Steve’s interest included team roping, hunting with his family and training young horses. He especially loved roping at the ranch and going to jackpots with his son.

He is preceded in death by his father Arthur Nichols, stepfather, Orlan Sapp and father in law George Struck.

Steve will be remembered as a great husband, father, friend and cowboy.

Mildred Fay Warfel
LOVELL, Wyo. - Heavenly father received an angel on Sept. 26, 1999. Mildred Fay Warfel was born on Dec. 13, 1917, to Jane and William Weidman in Roberts, Mont. She attended Joliet schools and married George S. Warfel on Aug. 3, 1935. They lived in Montana for many years then moved to the Big Horn Basin in Wyoming.
Mildred was a cook at the school in Hyattville, a clerk at the Ben Franklin Store in Greybull and worked for many years as a dispatcher for the Big Horn County Sheriff's Department.
Her son, David and wife, Sandi of Greybull, Georgia Fay Struck and husband, George of Rock Springs, and Sharon Sanders and husband, Merrill of Cody survive her. Surviving grandchildren are DaNae Good, DaNette Vigil, Dan Struck, Bonnie Legerski, Terri Struck, Susan Nichols, David Struck, Sherrill Sorensen, Mark Sanders, Lori Toney, Scott Sanders, Brent Sanders and 24 great-grandchildren. Three sisters, Jane Mann, Viola Masterson and Violet Kittsmiller also survive her. Her parents, two brothers and four sisters preceded her in death. Our loving mother was a real lady and will be remembered for her kind nature. At her request, no funeral services will be held and cremation has taken place. The family requests that memorials be sent to the Ronald McDonald House or to the charity of their choice.

George S. Warfel
George Stewart Warfel was born on 27 June 1913 at Salem, Dent Co., Missouri.2 He was the son of Paul Fred Warfel and Floy Madelenda Parks.1 George Stewart Warfel married Mildred Fay Weidman, daughter of William Frederick Weidman and Jane Walker, on 3 August 1935 at Roberts, Carbon Co., Montana. George Stewart Warfel died on 6 May 1998 at Sage View Care Center, Rock Springs, Sweetwater Co., Wyoming, at age 84.2,3 He was buried in May 1998 at Cody, Park Co., Wyoming.3
George Warfel was admitted to Montana State Prison on 26Jan1933 when he was 19-years old. Convicted of grand larcenty with a sentence of 2-years for stealing a horse in Bridger, Montana. Paroled 01Apr1932.4 His Social Security Number was 517-18-7166 issued in Montana, last residence Powell, Park Co., Wyoming. Born 27 Jun 1913 and died 06 May 1998.

He was born June 27, 1913 in Reynolds County Mo., the son of the late Paul and Lena Parks Warfel. He attended schools in Missouri.
Warfel married the former Mildred Weidman in Joiliet, Mont. on Aug. 3, 1935.
He was the sheriff of Big Horn County for 23 years and was a member of the B.P.O. Elks Lodge 1431 and the Wyoming Peace Officers Association.

He was preceded in death by his parents and two brothers, Edward and Emett.
The body was cremated.2 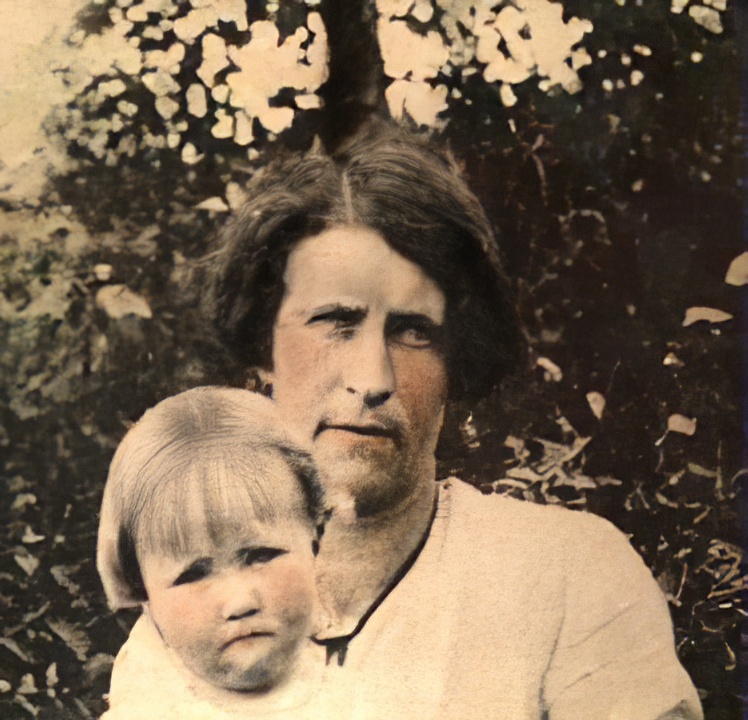 On April 19, 2012, an angel came from heaven and took our beloved husband, daddy and Grandpa Mac by the hand and led him home.

Dave was born to George and Mildred Warfel in Lovell, Wyoming, on April 6, 1945. He attended school in Hyattville, Greybull and graduated from Basin, Wyoming, after which he went to Casper College.
Dave met the love of his life, Sandra Jane Smith, in May of 1962 and the couple married on April 9, 1966. From that day forward, the couple would remain devoted, each other’s right hand and best friend. The couple’s joy continued when they were blessed with two beautiful girls, DaNae and DaNette. Dave felt so blessed to have his three girls protecting him through his life.

In 1990 Dave was then blessed again with his “one and only” grandson, Gene. Dave learned early on in his life the Lord was not done blessing him with beautiful women. In 1993, along came his first two granddaughters, Lacee and Brailey; in 1995 granddaughter number three, Kobie; 1999, Rylee; and last but not least 2001, his last granddaughter, Harlie.

He is survived by Sandi, his wife of 46 years, and their daughters, DaNae (Pablo) Good and DaNette (Dave) Messinger.
He is preceded in death by his parents and his mother and father-in-law.

Mac, thank you for always being our rock in our day-to-day struggles; you always made us believe that if we believed in ourselves, there wasn’t anything we couldn’t do.

Daddy, being your daughter was a blessing from above. You were an example every day of what a true father and husband should be. Your loving word of wisdom could always soothe a broken heart. You’re in our hearts forever and no man could ever fill your shoes.

Babe . . . I miss and love you so much. Right now my heart hurts so bad for the love we have always had, but comforts me in knowing we will be together again.

A viewing was held on Monday, April 23, 2012, followed by the funeral service at 2 p.m. at Atwood Family Chapel in Greybull. Pastor Derek Mowery officiated at the service. Burial followed at the Donald J. Ruhl Memorial Cemetery in Greybull and a reception followed at the Greybull Elks BPOE Lodge #1431.

Memorials will be received in Dave’s name at Security State Bank, P.O. Box 531, Basin, WY 82410-0531. Proceeds will go to Hands Across the Saddle.
Atwood Family Directors, Inc., was in charge of arrangements.
(Paid obituary.)1