Angela Stumpf is the daughter of Richard A. Stumpf and Patricia Ann Bayerl.

Jerome J. Stumpf, 85-year-old resident of Pierz, MN passed away Wednesday, May 29, 2013 at the Pierz Villa. Mass of Christian Burial will be held at 10:30 A.M. on Monday, June 3, 2013 at St. Joseph's Catholic Church in Pierz, MN with Father Kenneth Popp officiating. Burial will take place at St. Joseph's Parish Cemetery in Pierz. Visitation will be from 4 to 8 P.M. on Sunday and one hour prior to the service on Monday all at St. Joseph's Catholic Church in Pierz, MN. Parish Prayers at 7 P.M. Followed by Knights of Columbus office of the dead at 7:30 PM on Sunday at the church. Military Honors will be conducted by the Pierz American Legion Post #341 and the Little Falls VFW Post #1112.

Jerome J. Stumpf was born on November 26, 1927 in Agram Township, Morrison County, Minnesota to the late Fred and Alma (Dehler) Stumpf. He joined the US Army in 1946 during the end of World War II and served as an Army Medical Technician stationed in Korea. He married Beverly Squires on June 21, 1950 at St. Joseph's Catholic Church in Pierz, MN where they lived and raised their eleven children. He owned and operated Jerry's Service in Genola, MN for 25 years until he retired.

Jerome was very active in his community. He served on the Genola City Council for a number of years, and he was a member of the Pierz Lions Club, Little Falls VFW, Pierz American Legion, Knights of Columbus, and Catholic Aid Society. Jerome received the Helen Keller Award for outstanding community service from The Pierz Lions Club in 2012.

He enjoyed fishing, hunting, snowmobiling, camping and playing cards with friends. In his later years, he enjoyed attending auctions where he purchased antique engines to restore and display. Jerome loved spending time with his 20 grandchildren and 12 great-grandchildren; they will have fond memories of his teasing.

Arrangements are with the Shelley-Virnig Funeral Chapel in Pierz, MN (320) 632-5242 shelleyfuneralchapels.com

Kathy was born on July 1, 1951 in Little Falls, Minnesota to Jerome and Beverly (Squires) Stumpf. She graduated from Healy High School in Pierz Minnesota, worked for a number of years in Minneapolis as an abstractor for Minnesota Title Insurance, and then enlisted in the United States Army where she served as a Russian Linguist for several years. She moved to Brevard North Carolina in 1981 where she worked as the county mapper. She began her most cherished job the following year as a loving mother to her daughter Becky. Kathy moved to Woodbridge Virginia in 1986 where she became the GIS Division Chief and acting CIO for Prince William County until she retired in 2013.

Kathy enjoyed spending quality time with her family and friends, and could frequently be found at local wineries sipping a fine Cabernet, or laughing over a good martini with friends. She loved the arts and took advantage of her close proximity to Washington DC, regularly attending theater productions and exploring museums. She was a proud supporter of the military, and would often volunteer her time to the USO, Wounded Warrior Project, along with numerous local charities. She visited family in Minnesota frequently, and was especially proud of her role as “The Queen Mother” for the Stumpf Sisters Chapter of The Red Hat Society. She loved to travel the world, though her special place was Sanibel Island in Florida where she spent time annually for many years.

She was preceded in death by her parents Jerome and Beverly Stumpf, and faithful poodle companion of 17 years Beauregard.

Interment with military honors at Quantico National Cemetery will be held on Friday September 7th at 2:00pm. A celebration of life will be held the following day Saturday September 8th at 3:00pm at Mountcastle Turch funeral home at 4143 Dale Boulevard in Dale City Virginia.

Memorial donations in lieu of flowers may be made to the American Brain Tumor Association.7

Richard Stumpf is the son of Richard A. Stumpf and Patricia Ann Bayerl.

Children of Richard A. Stumpf and Patricia Ann Bayerl 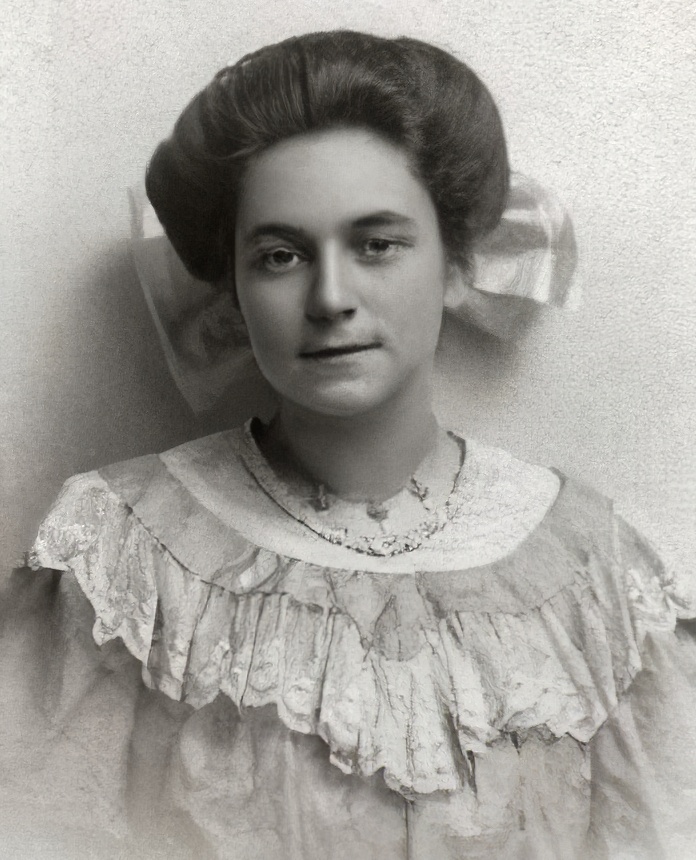 GABRIEL R. SUMMERS DIES AFTER MONTH'S ILLNESS
Hon. Gabriel R. Summers, 68 years old, owner of the News-Times, former state senator and prominent business man in this city for many years, died Friday night at 11:50 o'clock at his home, 314 West Colfax avenue. Mr. Summers had been seriously ill for four weeks with heart disease and diabetes and had been in ill health for over a year, having suffered several severe attacks of heart failure. He was taken critically ill July 23 and repeated relapses followed by a stroke of apoplexy Thursday morning caused the abandonment of all hope of his recovery. He had been in a state of coma for two days and was unable to recognize members of his family at his bedside.
Private funeral services will be held Monday afternoon at 2:00 o'clock at the residence. Bishop John Hazen White, assisted by Rev. Robert J. Long, of St. James Episcopal church, officiating. Burial will be in Highland cemetery. The body will wile in state at the residence Monday from 10 o'clock until 3.
The active pallbearers will be Dr. John A. Stoeckley, James A. Judie, John G. Yeagley, William A. McInenry, Edward Zeitler and Edward Chierhart. The honorary pallbearers will be Joseph M. Neff, George Y. Hepler, Schuyler Robertson, William P. O'Neill, Elmer Crockett, Hon. Rome C. Stephenson, Marvin Campbell, Samuel Parker, Dixon W. Place, Jacob M. Chillas, Dr. J.W. Hill and Aaron Jones.
Surviving Mr. Summers are his wife, Mrs. Mercy Ann Longley Summers, whom he married Oct. 28, 1880, and one daughter, Mrs. Joseph M. Stephenson, of this city.
Mr. Summers was born in New Carlisle, this county, March 13, 1857, the son of Edward and Catherine Summers. After his graduation from Notre Dame university when he was 16 years old Mr. Summers returned to his father's farm in Clay township and after his father's death in 1880 entered the farming business on an intensive scale. He (?) became engaged in the agricultural implementation business in this city and Wullerton(?), this county, and in 188(?) became president of the South Bend Iron Bed company. He was one of the organizers of the Vanderheof Medicine company in 189(?) and in recent years has been in full control of the company.
He became interested in the South Bend News in 1909(?) and it was in a great measure due to his influence that the consolidation of the South Bend News and South Bend Tribune was effected in 1911. Three years later Mr. Summers became practically complete owner of the South Bend News-Times and in 1917 relinquished his duties at published to his son-in-law, Joseph M. Stephenson.
Mr. Summers was elected state senator from St. Joseph county in 1914, serving in the 69th and 70th assemblies and on several important committees. He lent his influence toward the passage of the state-wide prohibition law; the United Suffrage act(?), later held unconstitutional by the supreme court, and he bill providing for a constitutional convention (???) state which the supreme court held invalid. He was conceded to be one of the progressive members of the senate. At the (?) of his term he refused to run for re-election, his reasons being ill-health and the weight of his many business interests.
Being a firm believer in the future of South Bend, Mr. Summers became identified with many of the well known business enterprises of the city and was a heavy investor in the city's real estate.2 History of St. Joseph Co., Indiana, 1907, page 778.