Ada Florence Stansbury was the daughter of Eliza Denver Stansbury and Lula Harn. 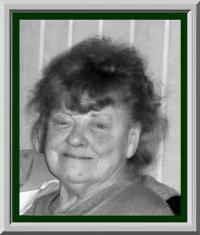 Following is the obituary for Celia Harn, from The Faribault Daily News Online (www.Faribault.com)"

Celia Marie Stasney, the daughter of John and Emma (Heyda) Stasney, was born Nov. 28, 1921, and raised on her family's farm in Montgomery, Minn. She attended country school in rural Montgomery. On April 11, 1945, she was united in marriage to David Harn in Faribault. He preceded her in death on May 30, 1965. Celia was a homemaker for most of her life. She enjoyed sewing, canning pickles, and caring for her flower and vegetable gardens and trees. She loved the farm life and visiting Carole and Tony's farm and their variety of animals. Celia also enjoyed her time with her grandchildren and three great-grandchildren.

She was preceded in death by her husband, David; parents; sister, Lillian Chodek; brother and sister-in-law, Clarence and Bonnie Stasney; and two brothers-in-law, Walter Stoeckel and Delbert Felix. The family prefers that memorials be directed to Divine Mercy Catholic Church, St. Lucas Care Center, Faribault Area Hospice, or the choice of the donor in Celia's memory.1

Children of Warren A. Steckmest and Winifred White

Following from the ‘News Tribune" Newspaper, dated 08 Dec 1941, page 12:
(Not sure what city this newspaper is printed in)

Mrs. Fannie Louise Harn, 84, of Seattle, died Friday in a local hospital. She was a member of the Pentecostal church and leaves five sons, Albert of Plentywood, Mont; Steve and Arthur of Union, Ore; Frank of Venice, Calif., and Samuel of Elbe; two daughters, Mrs. Ida Lindsay of Hardington, Neb., and Mrs. Mary Connally of Seattle; 20 grandchildren, 25 great grandchildren and five half brothers, Steve and Charles Leis of Oregon City, George Leis of Seattle, Cal Leis of Nebraska and Henry Leis of San Francisco. Funeral services will be held Monday morning at 10:30 o’clock at Buckley-King’s , with the Rev. T.J. Creighton of Elbe officiating. Burial will be at Union Junction, Ore. She was buried at Union Cemetery, Union, Union Co., Oregon.2