Nathan Zachary Monhaut is the son of Larry Alan Monhaut and Denise Marie (?) 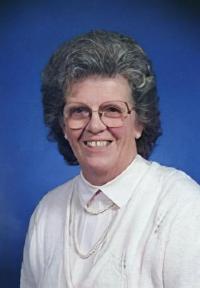 DOWAGIAC - Pauline M. Accoe, 93, of Dowagiac, passed away on Monday, Sept. 25, 2017, at Lakeland Medical Center - St. Joseph, surrounded by her family. Mass of Christian Burial will take place on Monday, Oct. 2, 2017, at 11 AM at Holy Maternity Catholic Church, 210 N. Front St., Dowagiac, with Father Richard Altine officiating. Burial will follow at Missions Hills Memorial Garden. Friends may visit with the family on Sunday, Oct. 1, 2017, from 4 PM until 8 PM, with the Rosary being recited at 7:30 PM at Clark Chapel & Cremation Services, 405 Center St., Dowagiac. Memorial contributions may be made to The Cass Co. 4H Fair Dairy Barns. Those wishing to leave an online condolence may do so at www.clarkch.com.

Pauline was born on April 8, 1924, in Mishawaka, IN, to John B. & Mary (Shimp) Monhaut. She graduated from South Bend Central High School in 1943. On Feb. 19, 1944, she married the love of her life, Richard M. Accoe, in South Bend. They were happily married for 64 years before he passed away in 2008. Pauline loved tending to her family dairy farm. Together, she and Richard would care for their cows and run their farm as partners. She was a proud member of the Holy Maternity Catholic Church Ladies Guild, a leader at the Cass Co. 4H Fair, and a graduate from Home Economics Mini College. In 1993, Pauline was awarded the Homemaker of The Year Award. She had always enjoyed cooking and sewing, but most important to her was her family. Pauline was an incredible lady, with a heart of gold. She will be missed dearly by everyone.


MRS. MARY HARN, AGED 94, DIES
Mrs. Mary Harn, one of the most aged and widely known women in this county died at the home of her son, Evans Harn, of McClellandtown, this morning at 1 o’clock. Mrs. Harn was born December 14th, 1820 , and had she lived until next month she would have been 94 years of age. She is the mother of six children, Wesley Harn, of Uniontown; Oliver, John and Evans, of McClellandtown; Mrs. Kenneth Hagan, of Uniontown, and Mrs. Emery Walters, of Belle Vernon. She had been ill for the past few months. The cause of her illness was heart trouble and infirmities of age. She had enjoyed excellent health all her life until recently. Just last summer she made a trip to Uniontown to visit her daughter, Mrs. Hagan and spent several months with her. She was born on a farm near New Salem and spent practically all her life in this immediate vicinity. She has lived In McClellandtown for the past 60 years. She had been a widow for the past forty years. When in trouble or distress her neighbors always found her ready and willing to offer her services. In times of sickness in the community she was among the first to be called. She was a consistent member of the Presbyterian church at McClellandtown. Funeral services will be announced later. Interment will be made in the Church Hill cemetery.

OBITUARY
Funeral service for Mrs. W.F. Harn at Oklahoma City, Oklahoma, formerly Miss Alice Moores of Mohican, Ohio, was held at 3 p.m. on the afternoon of May 9, 1931 at the old Moores homestead, the present residence of Ernest Q. Moores of near Mohican. Rev. Charles C. Slater of Ohio City officiated and burial was made in Fairview cemetery.
Alice Moores Harn, daughter of Dr. Thomas J. Moores and Lavernia Ogden Moores, was born on the Clark farm south of Mohican; on February 27, 1855, and died May 4, 1931, at her home in Oklahoma City, Oklahoma.
Her childhood and girlhood days were spent on the Dr. Thomas Moores homestead. She attended the Ridge School and Vermillion Institute of Haysville and finished her education at Wesleyan college, Cincinnati, Ohio and in New York City.
On December 27, 1881 she was married to William Fremont Harn of Wooster. They lived at Mansfield where Mr. Harn and his brother published the Mansfield Daily Herald. In January, 1891, Mr. and Mrs. Harn went to Oklahoma Territory where Mr. Harn was appointed special agent of the General Land Office. They made their home in Oklahoma City for the past 40 years.
Alice Harn had a gifted talent for art, was educated along that line and pursued her painting as an avocation throughout her life. The walls of her home in Oklahoma as well as that of the old family home are hung with her work from girlhood days to recent years. She was a member of the Art League of Oklahoma City and of the State Association of Oklahoma Artists. Her keenest interest was in art activities at home and everywhere.
Being pioneers in Oklahoma, Mr. and Mrs. Harn have taken a great interest and an active part in the development and growth of Oklahoma City. From their holdings they donated 40 acres to the State Capitol site and also a beautiful park in a residential section called Harndale. This park bears the name of "Alice Harn Park" and besides being a beautiful gift to the civic development of Oklahoma City, now has become a lasting memorial to her.
She was a member of the old Methodist church at Mohican when a child and has been a member of the First Methodist Episcopal church of Oklahoma all during her residence there.
She was -the life and light of her home, and in it lay her chief interest. She lived a quiet and reserved life but to her family and intimate friends she was a radiant personality, spontaneous in her love and affection, quick to her thoughts and actions and like a burst of sunshine in each new day. Her few companionships were deep rooted and she leaves a vacancy no one else can fill. On December 27th this year she and Mr. Harn would have celebrated their 50th wedding anniversary.
It was her wish that she return to her old home for her last earthly resting place and she has come back amid all of this beauty and nature in blossom and leaf and springtime life, all of which she has so often and so truly and beautifully depicted with her brush. Her artist soul lives on in her work and her living spirit is a cherished memory.5
Alice Moores died on 5 May 1931 at Oklahoma City, Oklahoma Co., Oklahoma.6,7 She was buried at Fairview Cemetery, Mohican, Ashland Co., Ohio, Plot: Cenotaph.7,2,8